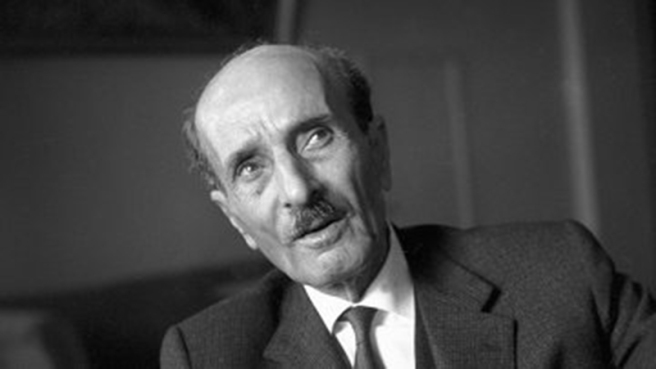 “Often you shall think your road impassable, sombre and companionless. Have will and plod along; and around each curve you shall find a new companion.”

The Book of Mirdad

Poet and philosopher Mikhail Naimy was born in Lebanon in 1889. He completed his secondary education in Baskinta school, then lived in Palestine as a child and attended the Theological Seminary in Poltava, the Ukraine, from 1906 to 1911. In 1911 he moved to the United States, where he attended the University of Washington-Seattle before moving to New York City. He returned to Lebanon in 1932.

In New York, he was associated with Khalil Gibran, a fellow member of the New York Pen League, an organization promoting Arab writers and writing. Author of the spiritual work (his best known book) Book of Mirdad: The Strange Story of a Monastery Which Was Once Called the Ark (1948), Naimy also wrote a biography of Khalil Gibran.

“His meditative mood,” wrote Boullata, “coupled with the attraction of his whispering quiet tone, wins over the reader as one who shares the experience with the poet.” Naimy was living in East Beirut at the time of his death in 1988.

“Ask not of things to shed their veils. Unveil yourselves, and things will be unveiled.” (The Book of Mirdad)

Naimy’s  works are poetic, prose, and biographical and autobiographical. Exploring a creative trajectory in Arabic literature, he became an accomplished exponent of the art of the short story and critical essay, before he began to explore the possibilities of the novel and the drama. His writings somehow seem to be like a bridge between Islamic and Western philosophy.

Mikhail Naimy found himself engaging with matters of faith, spirituality and religion brought upon from his Orthodox Christian upbringing in Lebanon throughout the course of the ninety-eight years of his life. A detailed examination of Naimy’s poetry shows that, after composing a few early socio-political poems, he turned to questions of spirituality and love, using Theosophical concepts, themes and metaphors to explore the human effort to discover the soul and truth.

“Spirituality in particular formed a central part of his short stories, novels and intellectual essays. Like some of his contemporary Arab writers, Naimy had become disinterested in organized religion quite early on in life and found it hard to subscribe to the tenets of faith as prescribed by the Church in Christianity. Rather than become an atheist, however, Naimy retained and recognised his basic craving for spirituality, but sought an alternative form of pursuing and practising his beliefs – one that was personal and private, rather than communal. In doing so, Naimy was following a path that had been trodden down by other thinkers at the turn of the twentieth century, such as Leo Tolstoy, William James and Ḵalīl Jibrān, who tried to forge a new approach towards spirituality that would encompass the principles of many faiths, both Eastern and Western.” (Hine, Alyn Desmond (2011) Russian literature in the works of Mikhail Naimy. PhD Thesis.)

“Mikhail Naimy is a man of innate religious feeling: born as Orthodox Christian in 1889 in the Lebanon, his wide interest in Buddhism, Hinduism, and the Muslim Sufis widened his outlook on matters concerning religion that he almost came to preach a “faith” of his own, which although broadly based on Christian teachings, came to embrace elements from almost every faith that humanity has known. It is no exaggeration to say that Naimy is one of the most influential thinkers in the Arab World, whose ideas on the question of what attitude the East should take towards Western civilization are of great importance. Naimy propagates the idea that Western civilization is corrupting to the human soul, that its materialistic attitude towards life is to be denounced and that the East should avoid adopting such a civilization. This coming from a thinker who is equally familiar with Western and Eastern cultures adds to the importance of his views, as they seem to influence a large number of younger people in the Arab World. In addition to his views regarding religion, Naimy is one of the earliest pioneers who introduced new concepts regarding literature. His views on the meaning and aims of literature constituted a revolution in literary thinking in the Arab World, a fact which is recognized by scholars interested in the development of Modern Arabic literature.” (Dabbagh, Hussein Muhammad Ali (1968) Mikhail Naimy: some aspects of his thought as revealed in his writings. Doctoral thesis, Durham University.)

Through his writing one discovers the beauty of the human being if accomplished to its full potential and the capacity for seeking personal salvation. Yet reminding us of our earthly bondage and our inability to achieve the divinity we strive towards. It is uplifting in its beauty and spirituality yet heartbreaking in its honest portrayal of the limits of every day man. To read Naimy is to understand the working of a human soul.

“How much more infinite a sea is man? Be not so childish as to measure him from head to foot and think you have found his borders.”

“Too vast is Man and too imponderable his nature. Too varied are his talents, and too inexhaustible his strength. Beware of those who attempt to set him boundaries. Live as if your God Himself had need of you His life to live. And so, in truth, He does.”

“Take care that you hold not your priceless life so cheap as gold.”

(The book of Mirdad)

To read more on Naimy: 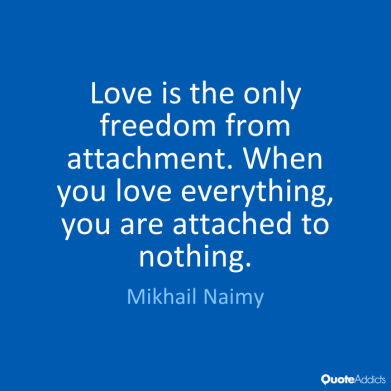