In the biblical old city souk of Sidon, inhabited since about 5,000 years, stands the old souk from the Mamluk era. Beyond the saffron colored walls of the city souk and its labyrinth aisles, a bit secluded from the hustle and bustle of daily life at the souk, stands a discreet yet elegant white building with green shutters. Guided by the unmistakable scent of sweet soap wafting out well into the alleys, one is led towards the beautiful building of the soap museum situated on El Shakrieh Street. The scent of olive soap embraces the air and perfumes it with the fragrant smell of olives and bay leaves, purifying the air from the harsh sea salt wind that blows from the sea only a few kilometers away.

END_OF_DOCUMENT_TOKEN_TO_BE_REPLACED

Jasmine scented breeze waft playfully through spring’s mellow air. Its smell blends with mingling wild birdsong beneath noon’s warm sun. The sweet scent of jasmine fills the senses as you step in someone’s home and are welcomed with heavenly smells that calm the mind.

END_OF_DOCUMENT_TOKEN_TO_BE_REPLACED

Just below the highway, not far from where human atrocities took place a while ago, underneath speeding cars, a black semi circular structure with glitzy lights, a tank, has found a temporary home. The city of Beirut has many souls that are kept alive by its dreamers and enthusiasts and this space represents one of them. It’s the soul of this city that moves to a rhythm only it understands, a rhythm that breaks free from the here and now and transfers it to a place of arts and beauty.
﻿
Inside that tank structure is perhaps the most magical place created by man and perhaps the most simplistic; a black wood floor. This black wood floor though is more than just a place, it’s a doorway to life, arts, and culture, and what elevates us as human beings. Borders are crossed, wars are ended, and people come together without fear of prejudice. It is a shrine of passion and dreams. It’s a place of quiet sentiment and uplifting of the soul. It’s where the spotlights highlight and shadow the beauty of the dancer’s movement performing on stage.

Omar Rajeh is the founder of BIPOD (Beirut international platform of dance), one of the most important platforms for contemporary dance in the Arab World. Through Maqamat he also initiated many projects that similarly prompted the company to play a major role in the establishment and development of a contemporary dance scene in Beirut and the region. He is also the co-founder of Masahat Dance Network, a regional dance network in Lebanon, Syria, Jordan, & Palestine, founder of Leymoun – Arab Dance Platform and of Takween – intensive training project for Lebanese and Arab young dancers in partnership with Sasha Waltz and Guests.

On its 13th edition, bipod announced the birth of Citerne, a space for creativity, art, and experimentation. Citerne Beirut, French for tank/reservoir/basin, is a new creative preforming art space, directed by Mia Habis, that presents local and international contemporary dance performances, music concerts, theatre productions, and related forms of arts. It’s a mobile steel structure that can be reconfigured and placed anywhere. Its final destination though is wishfully envisaging being anchored somewhere in this city, creating a new space for self-expression and highlighting the importance of culture in it.

In this cold steel structure a space is created for progression and strongly rooted, belief in openness, ingenuity, and originality. Twenty two dance performances from all over the world, and more than a hundred artists, approach, dream, change, and live art and cultures to its best. The name ingeniously refers to the structure as being a cultural hub, a reservoir for creativity, something that still makes Beirut quiet special compared to any of its counterparts.

As the darkness settles, the flickering of light and the ease of music takes over the stage and engulfs the whole space. The mind, body, and heart join to create harmony. No words needed, just dance, movements, and agility. Those who appreciate arts and culture will understand the significance of new ideas and concepts, of dance and how the body moves, the meaning of being liberated from earthly gravity, and the power of free expression.

To my Beirut and the raw energy of her dreamers, Omar Rajeh & Mia Habis
Because it’s their duty to challenge and create such a space and our duty to support… To Bipod! 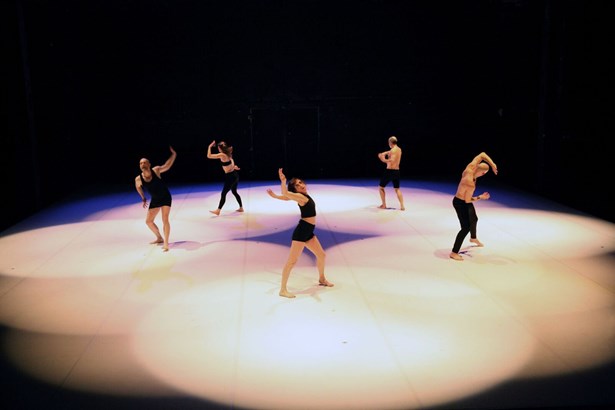 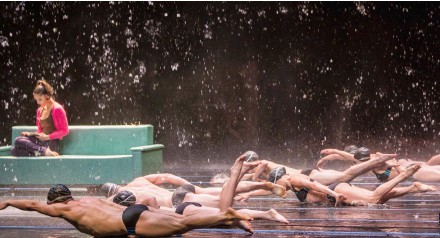 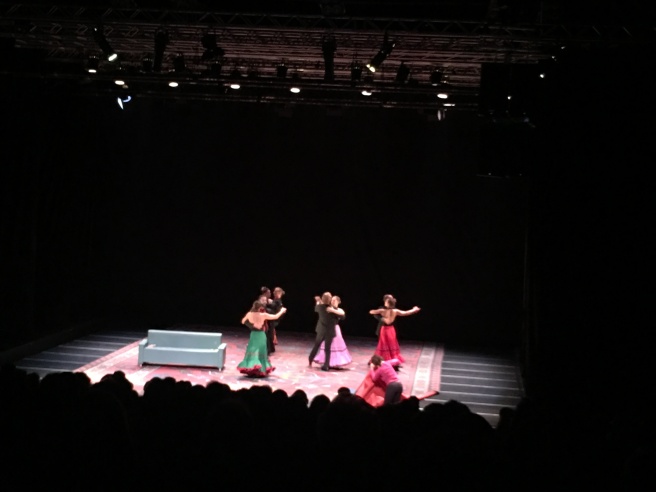 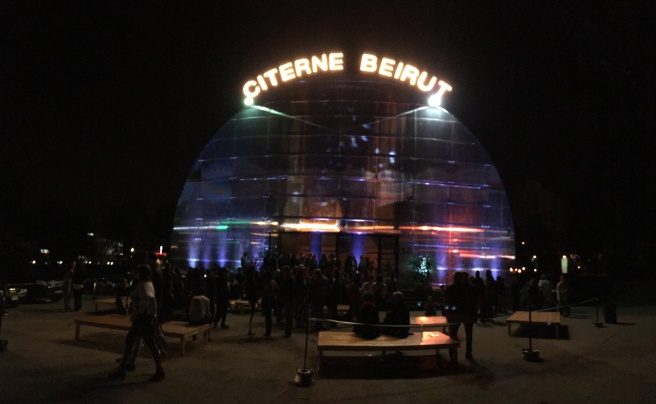 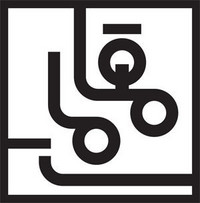 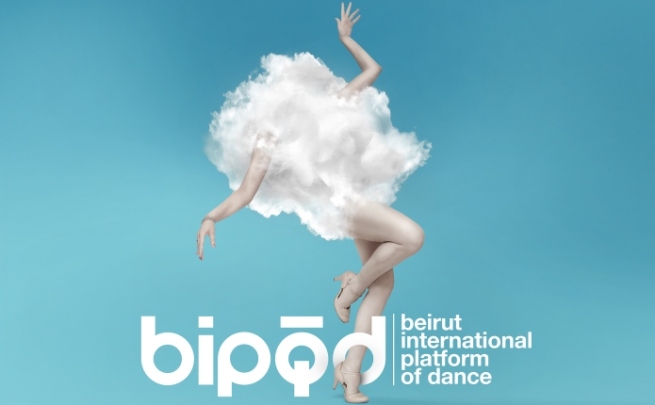 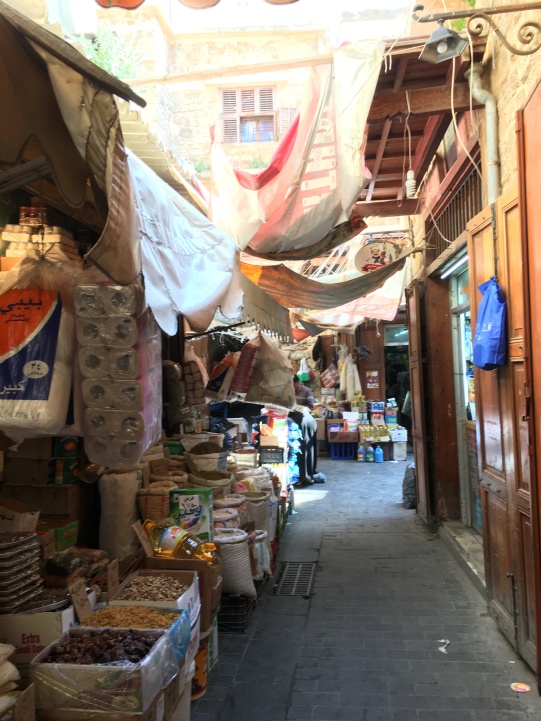 Children run in between narrow alleys making their way through women buying their daily needs and some tourist taking pictures. The sunrays peep through plastic sheets that hang from one building to the other protecting the souk from the harmful sun. The hustle and bustle of every day life unfolds in this maze like souk. The smell of spices whiffs in the air trailing from one alley to the other. The butcher hangs his fresh meat on display next to the small coffee shop whose freshly brewed Arabic coffee invigorates the air around it. The laundry of the families living on top hangs dormant as the sea breeze lulls it to dryness. The kids wave from their tiny gridded balconies with their legs hanging out, happy to take part in this scene.

END_OF_DOCUMENT_TOKEN_TO_BE_REPLACED 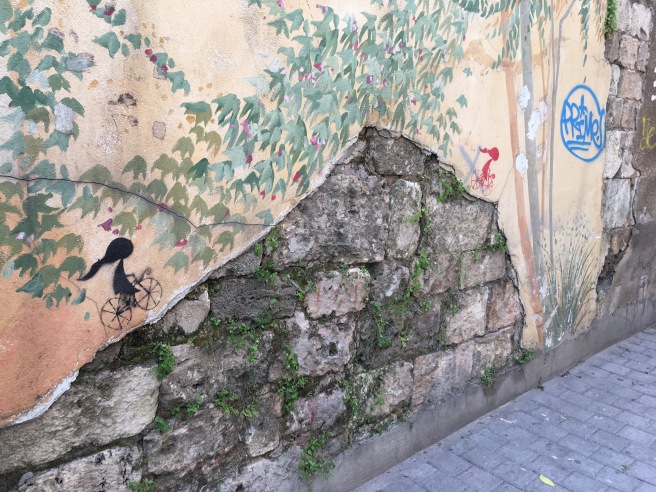 There is certain poetry to the awakening of cities, the way they move, sound, and smell at the break of dawn. Beirut a city with many facets wakes up to its own rhythm; tattered, humbled yet alive and surviving. There is something quiet uplifting about a morning run. There is the sound, the feel, and the slow movement of a city waking up to a new day. The lazy movement of people leaving their homes while their freshly sprayed perfume lingers in the air behind them.
Every city wakes up to a different rhythm, a different beat. As the darkness turns to light Beirut, like every old city, wakes up a bit shaky at first and gains its crescendo throughout the day.