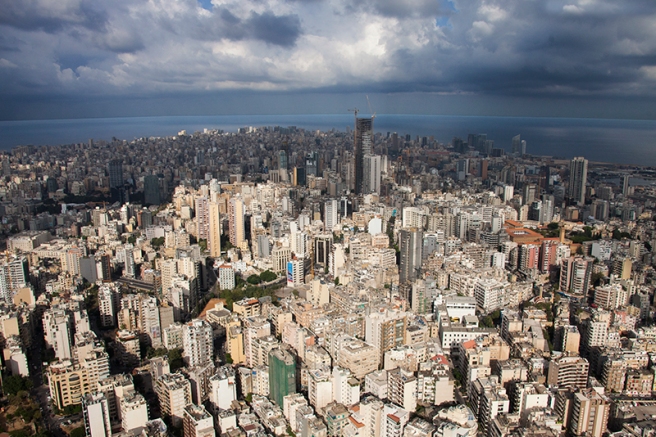 I want to run. I want to hide. I want to find my way in this city with many lives.

Finding your way or giving directions is no simple task in Lebanon. True to our nature though, we have managed to excel at it and in a very creative Lebanese manner it has become a portrait of the city and its ingenious people.

Many things have been lost in this city. Along with a collective memory loss of the war and its players, the street signs, although some survived on these chaotic walls, have been lost due to many years of neglect. People living in Beirut, and everywhere else for that matter in Lebanon, eschew official addresses, instead describing locations using landmarks such as cinemas, theatres, grocery shops, and even trash bins “sukleen.”

“yes, go up rue du Liban, take the second left after Farhoud (famous butcher in Asharfieh), then take the right on the corner of the antique store. Go past Chahine (the kitchen accessory shop) turn left at the end of the road, keep heading straight, you’ll find bread republic and monop to your left, keep heading straight and then take your first right after Nakhle (the hairdresser), park in the parking on your right hand side facing the old villa with blue shutters at the end of the street. Congratulations you have reached your destination!”

This is what I send my friends when I am giving directions to my home, instead of sending them the street name and number of the building. In a city where everything seems to be jumbled together, the Lebanese have managed to map their city and their country “Lebanese style.”

My friend Leila, who apparently excels at giving directions, sent me her address once to their home in the mountains; I have kept it because I loved it and thought it was typical of  giving directions in Lebanon:

“On your left hand side is a yellow Coral petrol station facing it is a small Dekkaneh called Le Ble, take a right there it’s a small nazlet (descent). Drive down and then there is a generator on ur right and just after it a small left upwards road where u drive between houses on a narrow road with trees. Keep straight. You reach a wall with 2 Sukleen green garbages, take a left upward, Then take the 1st right and keep heading straight passing some houses on the left and a statue for Virgin Mary on ur right, keep past it heading straight”

Giving directions in Lebanon is not like playing monopoly. There are no easy steps or just turning right to get to the desired destination yet, it is very much like monopoly where every street or neighborhood has a landmark and you know exactly what to expect once you reach there. You know what to avoid, due to traffic, and what to look for to reach your destination. As for the speed of reaching it, well the Lebanese monopoly’s dice (which exists by the way) should only have one dot on all its sides, as this is the speed that it takes us to reach anywhere thanks to the infamous Beirut traffic.

The way we give directions changes with the topography of the country. In the south of Lebanon, pictures of Hozballah martyrs, Nabih Berri, Hozaballah and Amal flags, mechanic shops, and butchers are the main landmarks of the villages compared to the north of Lebanon dotted with virgin Marys, churches, small chain restaurants, and petrol stations.

Serenity is an absentee in this chaotic city of ours, navigating it though is an art that we have perfected. Problems arise though as we try giving directions to someone who doesn’t live here and has no clue of our landmarks. Even then we have found a way of getting this lost soul to its desired destination. “Khallas, ask someone how to get to Sassine. Once you’re there call me. Ill come and get you…” Ingenious in every sense of the way! I love my Beirut and its crazy, crazy people! 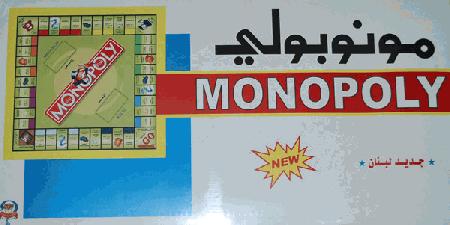 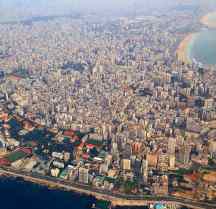 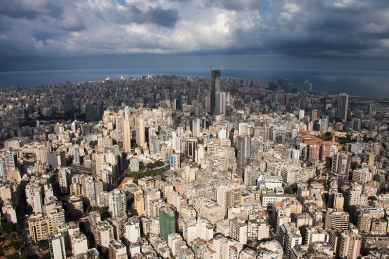 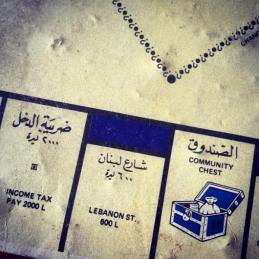 2 thoughts on “Where the Streets Have no Name”