Cedar roots buried under mounds of aged earth stone, gripping tight like family, faith, and friends, remain the one force that holds the cedar up. These cedars look up at the sky, day and night, watching the clouds and stars. Impressive in their might, they stand forcefully, claiming this little piece of land as their own.

Historically the village of Jaj, Nestled in the high mountain, the “Jurd”, at an altitude of 1,500 meters, was always associated with its cedar to which it owes its existence. The dense forest that used to cover the mountain of Jaj and the waving sea at the shores below made the old inhabitants of Jbeil, namely the Phoenicians, the best sailors and traders.

Having reached Jaj, several hours of climbing through trails are necessarily to reach these cedars which grow out of what looks like bare rock in-groups of two or three. Known as the cedars of the lord, the Cedar forest in Jaj nowadays contains about 375 trees, some between 1200 and 2000 years old, standing on 1950 meters slopes.

The Jaj Cedars are among the last survivors of the immense forests that lay across Mount Lebanon in ancient times. This cluster of cedars is one of the most ancient natural reserves left of the forest that once covered the whole region and which the kings of Byblos exploited during the 3rd millennium B.C.

The last remnants of the once-vast Cedar forests of the Land of Nega of the Phoenicians kings of Byblos, they reached as far south as the source of the Adonis River at Afqa. From these trees came the wood for the boats, coffins, and mummification compounds of the ancient Egyptians of the earliest dynasties. They were accessible and easy to transport to the coast. Off the beaten track and forgotten in the midst of uninhabited mountain peaks. They were probably floated down the Adonis and Fidar streams south of Byblos and moved by sea to the harbor.

There is the well-known episode of the emissary Ouen Amon, sent by the high priest of the Egyptian god Amon. When this envoy had settled the bill, King Zaker Baal (Shecrallah) sent two hundred woodcutters up into the hills to hew down the cedars which Ouen Amon needed for the temple in Egypt. It is also told in the Bible, in I Kings, 5: 32, that Hiram King of Tyre sent the Gibilites (Jbeïlis, people of Byblos) to cut wood for the construction of the temple of Jehovah in Jerusalem in the time of King Solomon, about 930 B.C. (www.discoverlebanon.com)

Five of the oldest trees measure about 3 meters in circumference and 15 in height. They grow in every conceivable shape and size: round, tall, single, double, triple, and even as many 12 out of the same basic trunk. Some grow out of sheer cliffs and are thus much more spectacular.

The colossal cedars soaring from among the masses of rocks, on the heights of Jej, hundreds of years old, are different in shape then the rest of the cedars of Lebanon. Maybe it’s their location or the fact that they were able to grow in such harsh conditions, finding their way through rough rocks, but there is something quiet ephemeral about them. Their more rounded dense shape highlights this majestic stature with their wide trunk holding firmly to the rocks beneath.

Among the mountains that rise up and the tall cedars that kiss the sun, a longstanding chapel with massive stones and a crumbling interior hides.

As you look up toward the heavens, there against the blue, they stand. Somehow the breeze infuses the air around them with their essence, filling the midair with their humanity, which is a true testament to their will for having held out so long against tragic devastation.

You can purchase them from: https://500px.com/ramzisemrani 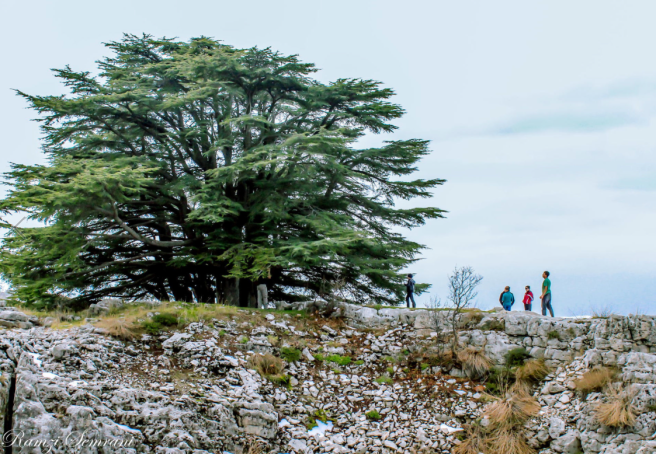 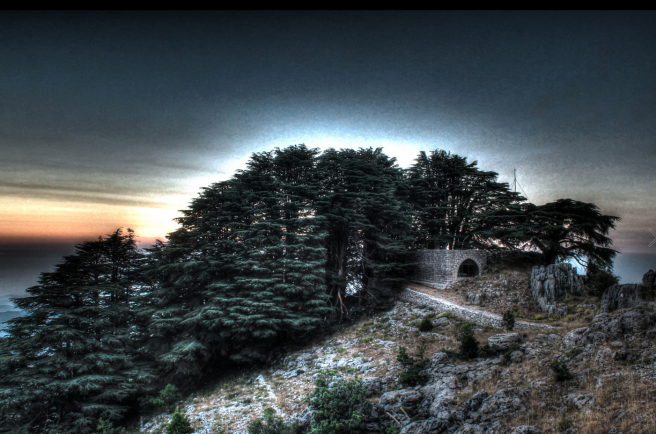 One thought on “The Cedars of the Lord”