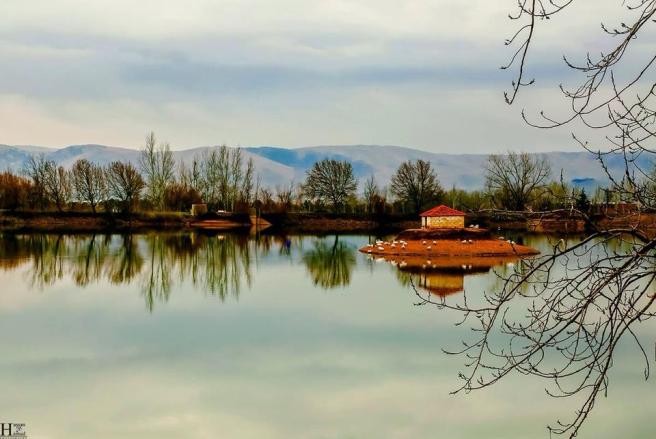 I trace the lay lines from mountain peak to shaded valley via open plains, lined poplar trees and scattered land, as blue skies and crimson sunset’s smile turns to laughter. In these wild open fields where the grass turns brown in spots, there are wild flowers and dozens of scattered pebbles and grass under our feet. Bare trees with bend trunks; a cool breeze washes my face, as suddenly there are no umbrella trees to relief me from the rays of the sun. At night across the sky the stars align and if you look close enough you can see the stellar installation of this world’s cosmos. Indeed Taanayel is a world apart, as it is left to nature’s own devices.

Taanayel’s colors change with the seasons and it’s worth the visit at anytime of the year as each season displays its ravishing beauty from a different angle.

The convent of Taanayel is an old mesmerizing rocky building with green windows. In autumn when we visited the village, it was filled with leaves of deciduous trees, making the scenery even more spectacular.

Taanayel is the property of the Jesuit fathers, well known across the entire Bekaa region due to its antiquity, its agricultural terrain, and its biodiversity. The domain remains as one of the rare places in Lebanon with well conserved and much varied woodlands and wildlife.

The monastery itself dates back to 1860, but the cheese making and the farm in its present form didn’t start until around 70 years ago, when the monks began the activity that would later inspire other Lebanese dairies to adopt the name Taanayel.

Its history is a stark reminder of Lebanon’s history and the countries that were controlling the region at the time. In 1857 the monks discovered that the Bekaa Valley is an ideal place for growing grapes and producing wine. They settled there making wine and living off the bounty of the earth. At the end of the 19th century, five French priests were killed. In order to avoid any problems with France, The Ottomans, the rulers at that time compensated for the death of these priests and offered the Taanayel property to the Jesuits. Napoleon III gave the land officially, some 200 hectares, to the Jesuit fathers in 1860. Originally it was a marshland, an unhealthy region full of mosquitoes and many fathers died there of malaria but the monks, with their proverbial patience, transformed the area into agricultural land. They established a large farm, a school, a seminary and a church.

Tannayel became an agricultural region of great wealth where the vines and all kinds of fruit trees are maintained: peaches, apples, pears, cherries, etc … They also created a beautiful pond, adding to the sight a certain charm with water reflecting the skies, the clouds, the trees, and the world around.

The house on the property became the retirement home of the old fathers who are still engaged in work.

The convent receives villagers and visitors along a long paths lined with trees with prospects reaching far into the horizon where the shadows of the trees lay calmly on the ground like a painted scene.

Recommendations for a day trip or a weekend:

Have breakfast in the convent’s shop where you can savor the tasty dairy products and bread. Then go for a walk or a bike ride along the scenic property where you can have a nice picnic. End the day (if you are staying for the weekend) or have lunch (if day trip) in the Taanayel Eco-Lodge which is part of Arcenciel, a non profit organization founded in 1985. The Eco-Lodge is located in the heart of the Bekaa Valley. It’s a traditional village with atypical adobe houses of the region; you take a step back in time to what village life was like in Lebanon decades ago.

For some reason I couldn’t find my pictures so here are some I got from the internet: 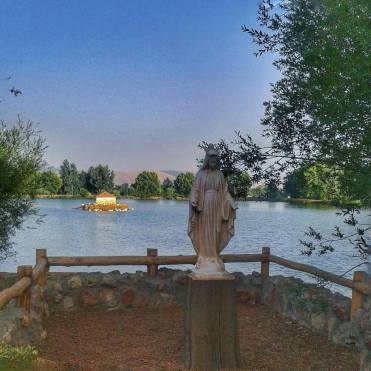 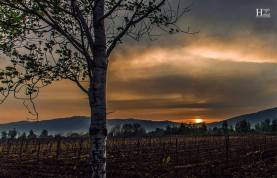