“Had I not known it to be the kamoa hermel, I would from afar have taken it for a tower. And in fact it has much resemblance in form to that. Two quadrilateral masses rise, the one above the other, and are covered with a kind of pyramid, while the whole stands on a low pedestal of three steps, and rises to a height of about eighty feet. Hamath itself lies at a considerable distance further to the north, but the entire northern plain seen from the monument of Hermel was called after Hamath, the capital, “the land of Hamath.” At the kamoa hermel, in fact, a new district is entered and that point is the natural gate of the high plateau of Coele- Syria with its huge mountain walls. It is there that the Lebanon and anti-Lebanon ranges may be said to begin.” (from the book; Narrative of a journey through Syria and Palestine in 1851 and 1852, Volume 2)

A splendid view will reveal itself from the hilltop, Hermel, with its hills and gardens, the lake of Homs disappearing into the horizon, the Orontes river of al-Assi, a north-flowing rebel, and the caves of the Raheb, the Monk, also known as Mar Maroun.

On a hill-top surrounded by desert some six kilometers from Hermel, north-east of the Beqaa Valley, not far from the source of the Orontes (al-Assi), stands a 26 meter high stone tower capped by a pyramid, known in Aramaic as Haram II, The Pyramid of God or House of El. This historic monument dates back to the second century before Christ and is now known as the Qamouat of Hermel. It stands like some lighthouse. Its exact significance has yet to be ascertained. Some say that it was raised in memory of a Syrian prince who had a passion for hunting in Lebanon; others that it was erected to mark the limits of the principality of Emessa (Homs) or to act as a pointer indicating the routes followed by the Canaanites.

Standing on a square pedestal of basalt surrounded by three steps, the Needle is composed of two enormous cubes of stone supporting the pyramidal summit. The pyramid has been suggested to date to the first or second century BC due to similarities with architecture of tower tombs of the late Selucid era at Palmyra in Syria. It was considered by William McClure Thomson to possibly have been of Ancient Greek construction, however the lack of inscriptions puzzled him as he thought the ancient Greeks to be a “scribbling generation”. Thomson also entertained the notion, along with Charles William Meredith Van de Velde that the construction may have been Assyrian. René Dussaud later suggested that although the reliefs resembled the Ishtar Gate, the edifice was likely a monument to the hunting prowess of a member of Syrian royalty from the first century BC.

Evidence was found of a Shepherd Neolithic archaeological site in the area around the monument, on the south and west of the hill. The site was discovered and a collection of flint tools used during the Neolithic Revolution. Materials recovered included blade-butts with scraping edges or notches, borers, cores (one with a twin edge) and small flakes. Some pieces were vaguely bifacial.

On the eastern face, the best conserved, one sees traces of where a bronze plaque was once placed and there is a relief showing a boar attacked by two dogs. On the northern face one sees a deer on the ground, while another stands grazing. On the southern side a dog surrounded by hunting material pursues a gazelle. The western face shows a scene full of action, perhaps a bull being attacked by wolves or some bear cubs, it is hard to see precisely what. According to a description by a traveler of the seventeenth century, there was another such monument near Homs. A similar one has been found also in Tunisia bearing the name Al-Hermeul. Among the remains to be found around Hermel one may see the canalizations of Zenobia, queen of Palmyra. Two of them hewn in the rock supplied the city of Palmyra in the desert with water from the Orontes. They were dug at a depth of twenty meters and were connected with wells dug at every hundred meters, channeling the water off to Palmyra, the short-lived capital of Queen Zenobia.

After the damage suffered over the last 2,300 years from earthquakes, erosion and vandalism, it still stands soaring above this deserted plateau, proud yet somehow lost its meaningful standing. Isolated by its mere geography and defaced by the hand of man, one can’t help but feel a certain monumental standing for this tower. Left and forgotten, it has stood for thousands of years in the blazing sun and the bone chilling cold. Tourists as well as locals stand under its shadows in awe while her bones turn slowly to dust.

I could do nothing while I was there but breathe in that moment where solitude engulfs the being and wonder away at the historical magic of its land. 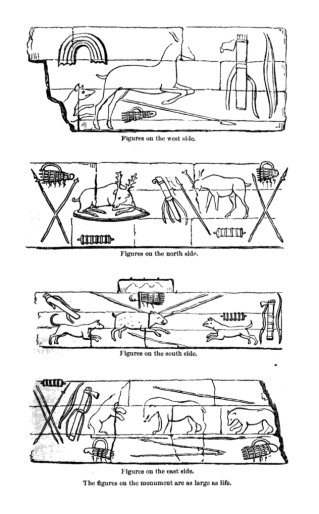 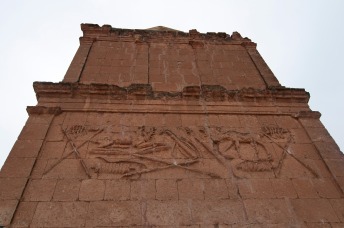 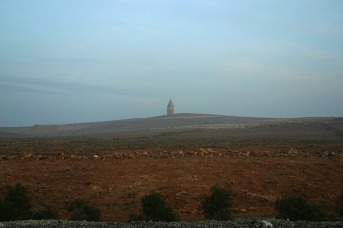 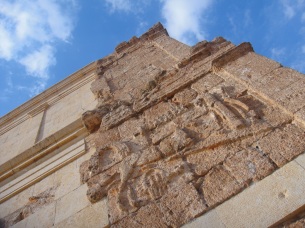 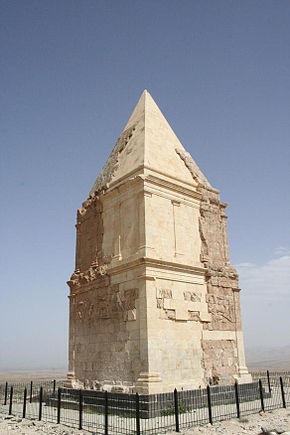 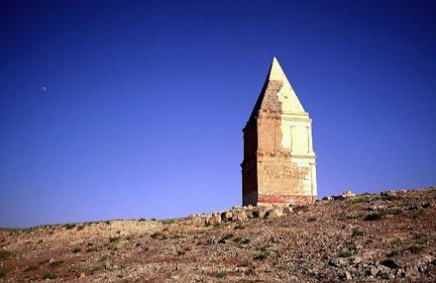