They are sons and daughters of Life’s longing for itself.

They come through you but not from you.

And though they are with you yet they belong not to you.

You may give them your love but not your thoughts,

For they have their own thoughts.

You may house their bodies but not their souls…

Khalil Gibran is said to be one of the world’s bestselling poets. Since it was published in 1923, The Prophet has never been out of print. The perennial classic has been translated into more than 50 languages and is a staple on international best-seller lists. It is thought to have sold tens of millions of copies. Gibran is the third best-selling poet of all time, behind Shakespeare and Lao-Tzu.

Born in 1883 in Bsharreh, as a result of his family’s poverty, Gibran received no formal schooling during his youth. However, priests visited him regularly and taught him about the Bible, as well as the Arabic and Syriac languages.

Gibran found refuge from Ottoman oppression with his mother Kamila and three siblings in a South Boston tenement. By September that year, he was mastering English, although he would remain connected to his Maronite Christian heritage, returning to Lebanon for four years of study in 1898. In America he flourished, thanks especially to a loyal patron and occasional lover, Mary Elizabeth Haskell. His mega-seller The Prophet, published in 1923, would appeal to Depression-era Americans craving uplift and welcoming this mystical, escapist Arabian mysticism amid the 1930s’ privations.

Gibran also took part in the New York Pen League, also known as the “immigrant poets” (al-mahjar), alongside important Lebanese-American authors such as Ameen Rihani, Elia Abu Madi and Mikhail Naimy, a close friend and distinguished master of Arabic literature, whose descendants Gibran declared to be his own children, and whose nephew, Samir, is a godson of Gibran’s.

By 1957, the book of riffs about love and marriage, freedom and work, clothing and food, had sold a million copies. In the 1960s, The Prophet would enjoy a second popular surge as a countercultural, anti-establishment, New Age Book of Proverbs, estimating that 100 million copies have now been sold.

Tragically, Gibran’s short, tumultuous life ended in 1931, when the 48-year-old died of liver failure, some sources blame cancer, most cirrhosis. Before his death, Gibran expressed the wish that he be buried in Lebanon. This wish was fulfilled in 1932, when Mary Haskell and his sister Mariana purchased the Mar Sarkis Monastery in Lebanon, which has since become the Gibran Museum. The words written next to Gibran’s grave are “a word I want to see written on my grave: I am alive like you, and I am standing beside you. Close your eyes and look around, you will see me in front of you ….”

He offered a dogma-free universal spiritualism as opposed to orthodox religion, couple with a non moralistic vision of the spiritual, urging people to be non-judgmental. His style, which broke away from the classical school, pioneered a new Romantic movement in Arabic literature of poetic prose.

The Beatles, John F Kennedy and Indira Gandhi are among those who have been influenced by his words. John Kennedy took his administration’s name and his “ask not what your country can do for you” line from Gibran’s open letter in 1925, “The New Frontier.” Gibran asked Lebanese legislators: “Are you a politician asking what your country can do for you or a zealous one asking what you can do for your country?” Gibran branded the former “a parasite;” the latter, “an oasis in the desert.” It really is incredible how 140 years onward, this letter still resonates true today in his corrupted homeland, where its politicians’ greed is causing complete havoc of grand ecological tragedy.

Somehow, the nearly-century-old ideas of this provincial-born in the mountain of Bsharri in northern Lebanon still echo in our super-charged, ultra-wired, high-tech society. Gibran’s resonance reflects the power of the non-mechanized human spirit, the yearning for simple understandings of even our hyper-sophisticated life. “Beauty is not in the face; beauty is a light in the heart,” Gibran wrote, rejecting what we now call lookism. “The most pitiful among men is he who turns his dreams into silver and gold,” he preached, repudiating materialism, noting in The Prophet, “You give but little when you give of your possessions. It is when you give of yourself that you truly give.” And, skewing vulgarity, he claimed “I have learned silence from the talkative, toleration from the intolerant, and kindness from the unkind; yet strange, I am ungrateful to these teachers.”

Taken as a whole, Gibran’s book is a metaphor for the mystery of life: we come into the world and go back to where we came from. As the prophet readies himself to board his ship, it is clear that his words refer not to his journey across the seas but to the world he came from before he was born. His life now seems to him like a short dream.

As he looks forward to his journey, Almustafa likens himself to “a boundless drop in a boundless ocean.” To feel yourself to be a temporary manifestation of an infinite source is greatly comforting, and perhaps accounts for the feeling of peace and liberation many experience in reading The Prophet.

His words about Lebanon are what I find the most endearing of all. They are the reason for why I started this blog:

“You have your Lebanon and I have mine

You have your Lebanon with her problems,

and I have my Lebanon with her beauty.

You have your Lebanon with all her prejudices and struggles,

and I have my Lebanon with all her dreams and securities.

Your Lebanon is a political knot, a national dilemma, a place of conflict and deception.

My Lebanon, is a place of beauty and dreams of enchanting valleys and splendid mountains.

Your Lebanon is inhabited by functionaries, officers, politicians, committees, and factions.

My Lebanon is for peasants, shepherds, young boys and girls, parents and poets.

Your Lebanon is empty and fleeting,

whereas My Lebanon will endure forever.” 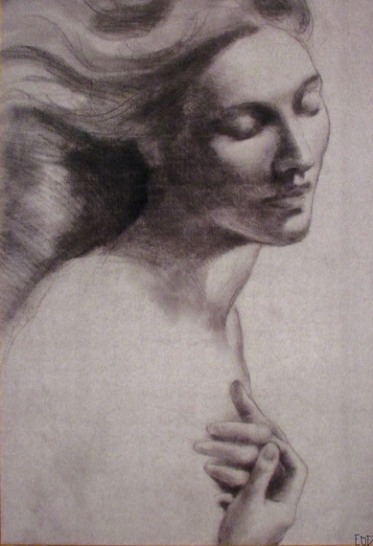 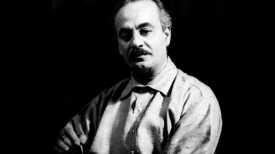 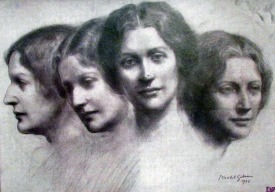 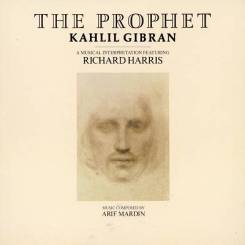 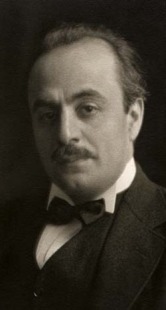 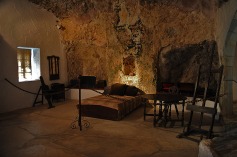