Hasroun lies in the mist, serene and calm it hangs on the cliff. A village all forgotten, somehow time had missed. Slightly hazy in the mist, its red rooftops peeking out in between the trees that ignore them, like poppy flowers tall and straight they peep out of this colossal surrounding of mountains and cliffs that seem to embrace them.

Hasroun is the village of a thousand red roofs located in the Bsharreh district, north of Lebanon. From afar the village of Hasroun draws the eye by reason of its red-tiled roofs nestling in the verdure or wreathed in mist at an altitude of some 1420 meters. Spectacularly perched on a jutting cliff soaring over the Holy Valley, its name is of Phoenician origin and means the fortress, one to which many invaders have laid siege over the ages, always in vain. Others say that its name comes from the Hasroun flower that used to predominant in the area, giving it its nickname the Rose of the Mountain.

As well as the coppices of oak, cedar and trees of other kinds, there are orchards of apple, cherry, pear and plum trees. Agriculture is carried on between March and October, the snow and the cold making this impossible during the winter. Sauntering through the old souk and the historic part of the village will lead one to forget time and get lost in its beauty. The most common homes are the typical Lebanese “central-hall” style house, a two-story building with arched windows and high ceilings, seamlessly combining the natural views outside with the structure. Several churches draw the crowds of faithful, St. Michael’s, St. James’ and others, not forgetting the old monastery of St. Simon.

This impregnable fortress village provided a refuge for the Maronites persecuted by invaders, with deep ravines on one side and lofty snow-clad peaks on the other, everywhere steep cliffs and a harsh rocky landscape. Hasroun is considered one of the most beautiful summer resorts in Lebanon in view of its situation, its climate, its valleys, its caves, its monasteries and convents, and its woodlands.

Hasroun, “the rose of the mountain”, called by Lamartine a “bouquet of roses”, strikes a note of brilliant color in a scene of rich verdure and purplish soil. One sees a thousand red-roofed dwellings, mostly longstanding with stone façades wreathed with vines, fruit trees and flowers watered by springs that bubble through its alleys. There is the Awad Hotel where General de Gaulle himself put up during a visit to Lebanon, now a private residence.

“One of the earliest texts mentioning the village dates back to the late 13th century in Bishop Abraham Al-Hadathy’s writings. It documents the invasion of Hasroun and the persecution of its people, suggesting that the village was populated even prior to that time. The church of St. Jude is one of the most important archaeological landmarks to visit and some sources trace its construction back to Crusader times. St. Jude, one of the 12 Apostles of Jesus, is also the Patron Saint of Hasroun, thus the church holds great symbolic value. It is characterized by a short bell tower and a low, arched entrance, carved out of the stone wall that surrounds it. Next to St. Jude is Al Saydeh church. Built in the 19th century it was renovated in 1918. The bell rings on the hour, five minutes past and half past. A short walk from Hasroun is the Patriarchate of the Maronite church, located at the top of the mountain in Dimane. The building was constructed in 1938 and offers spectacular views of the Qadisha Valley. Emily Anne Beaufort lauded Hasroun as “the most luxuriant spot…in Lebanon” in her book “Egyptian sepulchers and Syrian shrines” (1862), noting that “every inch of soil is cultivated and the place is buried in thickets and forests of thorns.” (Lebanon traveler)

Its small roads and houses are glued to each other helping the town people survive the cold days of winter, bringing a community together amongst its tiny alleyways that open up every now and then to cliffs and mountains. Dotted with many quaint fountains and a picturesque little old souk, one is left wondering if time was lost forever in between these mountains from where the sun rises like a beautiful golden fountain. The cool wind will always blow in between the elegant stone arch windows of its houses, never missing a home, a tree, or an alleyway, taking nothing with it but the smell of its green earth.

all the pictures are taken from the internet 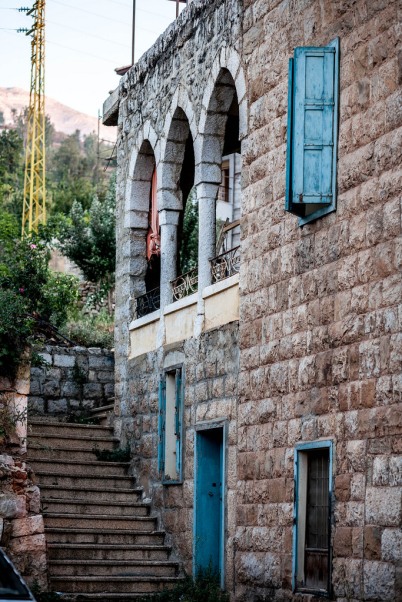 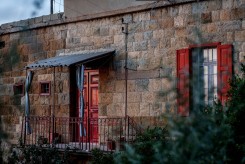 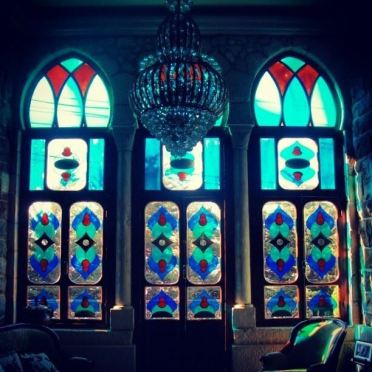 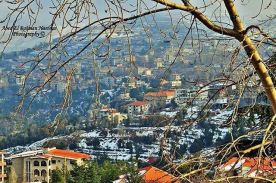 View from our lunch in Hasroun 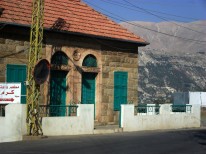 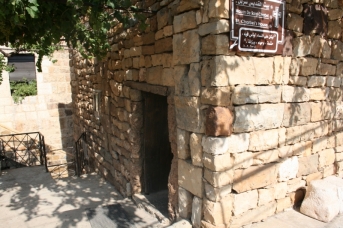