“I give priority to up bringing over education because the ultimate goal of up bringing is morals, and we have a more urgent need for morals than for knowledge.”

Ameen Rihani, one of the 20th century’s most unique and talented intellectuals, writers, and poets, a prolific writer in both English and Arabic, was greatly esteemed as a writer during his lifetime, and he is, to this day, still widely read and respected by people of all cultural and religious backgrounds.

Ameen Rihani’s The Book of Khalid (1911) was the first English novel ever written by an Arab, catapulting him to the level of one of the great writers of his time.

His book is the story of two Arab boys from Baalbek who immigrate to New York City, in order to peddle on the streets. The lessons they learn in America evolve into a call for unity and progress in an autonomous Arab world. The novel ambitiously confronts issues that concerned Rihani’s era and still confound our own: the ideal relations between Americans and Arabs, the problem of religious conflict in the Arab world and beyond, and the rightful position of Arabs within the great American story of immigration, where he manages to communicate his message of dialogue and unity between East and West. His body of work seems uncannily made for this moment in time, which has not lost its peril or urgent need for reconciliation.

Born in Freike, on November 24, 1876, Ameen Rihani was one of six children and the oldest son of a Lebanese raw silk manufacturer, then a flourishing local industry. His father had commercial ambitions, which beckoned him to America. In the summer of 1888, Ferris Rihani, the father, sent his brother and eldest son, Ameen, to the United States and followed a year later.

The young immigrant, then eleven years old, was placed in a school outside the city of New York. There, he learned the rudiments of English. His father and uncle, having established themselves as merchants in a small cellar in lower Manhattan, soon felt the need for an assistant who could read and write English. Therefore, the boy was taken away from school to become the chief clerk, interpreter and bookkeeper of the business. The family continued in this trade for four years.

During this period of time, Ameen made the acquaintance of two poets, William Shakespeare and Victor Hugo whose writings became his first readings in the cellar. He developed a genuine love for reading and, in time, became familiar with the writings of Darwin, Huxley, Spencer, Whitman, Tolstoy, Voltaire, Thoreau, and Byron, to name a few. Ameen had a natural talent in eloquent speaking, and in 1895, the teenager became carried away by stage fever and joined a touring stock company. On his return, he insisted that his father give him a regular education for a professional career. They agreed that he should study law. To that end, he attended night school for a year, passed the Regents Exam, and in 1897 entered the New York Law School. A lung infection interrupted his studies, and at the end of his first year, his father had to send him back to Lebanon to recover.

Once back in his homeland, he began teaching English in a clerical school in return for being taught his native Arabic language. Ameen Rihani first became familiar with Arab and other Eastern poets in 1897. Among these poets were Abul-Ala, whom Ameen discovered to be the forerunner of Omar Khayyam.

In 1899 he returned to New York having decided to translate some of the quatrains of Abul-Ala into English. He managed to do this while he was still giving much of his time to the family business. The first version of the translation was published in 1903. During this period, he wrote about social traditions, religion, national politics and philosophy. Thus, he began his extensive literary career, bridging two worlds. He published his first two books in Arabic in 1902 and 1903.

In 1905 he returned to his native mountains. During an ensuing six year period of solitude, he published, in Arabic, two volumes of essays, a book of allegories and a few short stories and plays. He also worked, along with other national leaders, for the liberation of his country from Turkish rule.

“Had courage, wisdom, and reason always prevailed in people, there would not have been oppressions and oppressors.”

“If I were capable of assisting someone, I would do it in a manner that would cause the person seeking assistance to work, so he assists himself.”

In 1910 he published Al-Rihaniyat, the book that established him as a forward thinker and a visionary. The Book of Khalid was written during this same period of mountain solitude and was later published in 1911 after he returned to New York for the third time. The illustrations for this book, which was the first English novel ever written by a Lebanese/Arab, were provided by Khalil Gibran.

In 1916 Ameen married Bertha Case. Bertha, an American artist, was part of the Matisse, Picasso, Cezanne and Derain group who frequently worked together in Paris and the Midi and exhibited their works at the Salon de Mai. Bertha died at the age of 91. She had requested that her body be cremated and that her ashes be sent to Freike to be buried next to her husband’s.

In 1922 Rihani traveled throughout Arabia, meeting and getting better acquainted with its rulers. He was the only traveler at that time, European or Arab, to have covered that whole territory in one trip. He acquired an invaluable and first-hand account on the character, vision and belief of each of these rulers. Between 1924 and 1932 he wrote and published six books in English and Arabic related to the three trips he made to Arabia. London publishers released a circular on Rihani’s travel books as having been best sellers. During that time, he also published another four books in Arabic, and delivered numerous speeches in Lebanon, the Arab world, the East and West Coasts of the United States, and in Canada ranging in topics from social reform to politics, Pan-Arabism, East and West cohesion, poetry and philosophy.

“I state the threefold purpose of my travels in Arabia: to see the country, to write about it and to be of some service to its people and their cause – that is what brought me from beyond the seas, from America.”

“Weak and oppressed nations are fundamentally spiritual; strong nations are, as a rule, chiefly materialistic.”

During the last eight years of his life, Ameen Rihani wrote the remainder of his books, continued to be active in his political, literary and philosophical endeavors, and maintained close contact with several political leaders, poets, writers, scholars and artists.

Ameen Rihani passed away at age 64 in 1940 in his hometown of Freike. The cause of his death was a bicycle accident which resulted in infectious injuries from multiple fractures of the skull.

Rihani, writer and activist, a leading figure and a most engaging Arab humanist of the twentieth century, remains today 76 years after his death a visionary of our times with his humanist outlook, his quest for Arab progress, democracy and liberation from foreign rule. 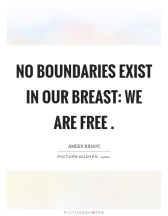