Coastal mist settles on the mountains facing them as shadows begin to flood the valleys below. The air is mild yet in winter, its history and many tales fight against the roaring wind and against the past. Ehden, located 1,500 metres above sea level is a famous summer resort and touristic center, often called “The Bride of Summer Resorts in the North of Lebanon.”

Being located at the base of Mar Sarkis, its name is derived from Aramaic meaning “the mountain’s base and slope.” Patriarch Estephan El Douaihy, along with Father Martens the Jesuit, lean toward the conclusion that Ehden’s name is derived from Eden where Adam and Eve lived following their exit from paradise. Douaihy left a booklet in Latin regarding his point of view, now kept in the Vatican library. Some early texts mention that the people of Ehden are descendants of the tribe of Shem, the son of Noah.

A brief account of Ehden’s history has been found written by one of its inhabitants who fled from the Mamluk invasion in 1283, tying the manuscript to his chest for safekeeping. Father George Yammine found it years later. It was written on an old piece of leather, at the start of the 19th century in a priest’s home in Bsharri. He copied it and, following his death, his son Sheikh Roumanos Yammine kept it. It was then passed onto Monsignor Hanna Dib Saydet. In 1930, Historian Semaan el Khazan discovered a copy of that document with another historian, Father Youhana Maroun Farah el Seb’ali, who had copied it from Monsignor Saade in 1904. It says:

“Ehden is a very old village located in the north of Mount Lebanon. It used to be known as ‘Patchilassar’ a Persian pronunciation meaning ‘the paradise of the area’. It is enriched with fresh water, trees and a breathtaking water stream called Mar Sarkis bursts off its eastern mountain. A tribe related to Sam, son of Noah settled in Ehden, which later became a famous site.”

At the end of the 6th century Ehdenians converted to Christianity. They built five churches all at once on top of the ruined idolatrous temple, using its stones for building Mar Mama, Mar Boutros, Mar Youhana, Mar Ghaleb and Mar Istfan. In addition, they raised huge stone crosses on top of the mountain.

It used to be a significant site for idolatrous beliefs where numerous temples and enormous statues were located such as “Baal Loubnan”, “God of Snow” and “God of the Sun”. Due to major destruction that engulfed Ehden throughout its history, most of those statues and temples were destroyed. Huge rocks that have remained scattered on mountaintops, as well as large stones used in building some of its churches, still leave indication of that era.

Statues carved on rocks, in addition to Greek and Roman sculptures, graves, temple ruins and buried columns were found in branched and distant villages like Chouslan, Kartaba, Akoura, Tanourin and Ehden.

Ehden’s most famous Christian site is “Dayr al-Salib” (Convent of the Cross) situated between Ehden and Bkoufa in the versant of Mar Sarkis’ mountain. It is a large grotto containing an altar and was identified by large stones forming a cross that was placed on top of its entrance, but vanished in 1935.

Mar Mama church, which was built in 748, is considered as one of the oldest Maronite churches in Lebanon. Father La Monse described it as an eighth-century church built over a destroyed Byzantine church (sixth century) which was in turn built over an old Canaanite temple

Names of some areas hold a historical meaning such as “Al-Baoul area” named after (Baal the God), “Bab al-Bowayb” meaning (The Door of Doors) for it leads to the kingdom of “Afka” in Ehden’s forest. Afka is the first holy city in history according to Father Dr. Youssef Yammine al-Ehdeni.

Ehden was the original homeland for Zghartians who later established Zgharta on the Lebanese coast in the 16th century. Nowadays the people reside in their Ehden homes during the summer months for cooler days and in their Zgharta homes for warmer winters. A popular saying based on this moving between homes is “We cross ourselves and then move down and we celebrate and then move up.” This annual migration coincides with the Raising of the Cross Day, 15 September, and around Easter time.

The town is also home to the Ehden Forest, with a variety of trees, plants, flowers, and rare animals. The forest was declared a protected nature reserve by the Lebanese government in 1992. Ehden’s forest is on the northeast side of Ehden and is an area of 3000 hectares. The forest embraces a vital natural forestry reserve with a variety of 40 different types of native plants such as cedars, fir, pine, elm and many others. In addition, 400 different distinctive plants have been identified, of which 66 grow only in Lebanon, and 11 are endemic to Ehden.

The quiet of the hills through which we walk carries its history on every corner. Winding amid wild slopes, old trees and vineyards heavy with grapes dot the scenery engulfing it with grace. In the distance, we see the evening sun catch bare green mountain peaks and on the hills before them, glitter little towns and villages, peaceful, all having taken part in the great history of this nation.

All pictures taken from the internet 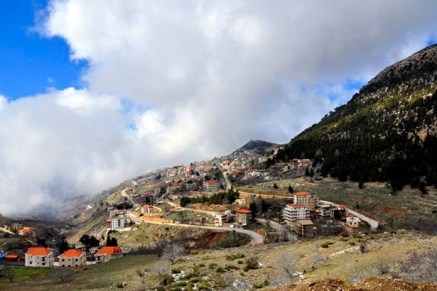 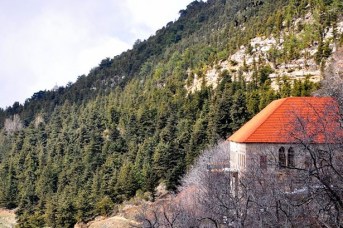 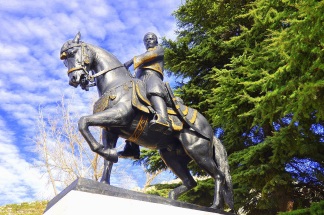 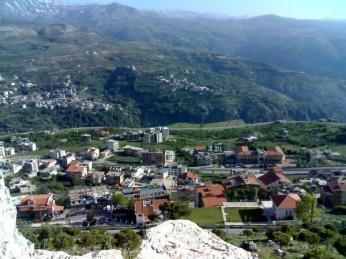 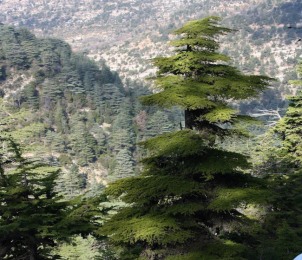