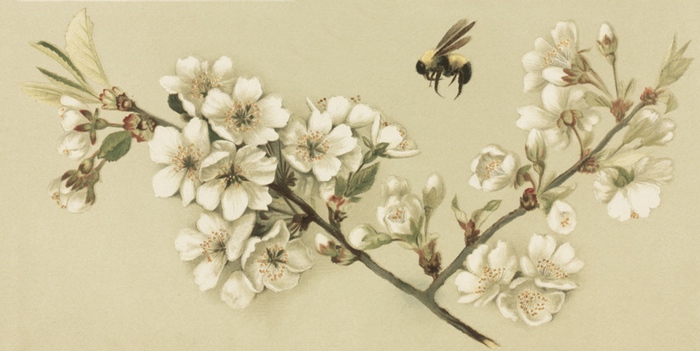 Your lips, O my spouse, drop as the honeycomb: honey and milk are under your tongue; and the smell of your garments is like the smell of Lebanon. Song of Solomon 4:11

Your Lord revealed to the bees: “Build dwellings in the mountains and the trees, and also in the structures which men erect. Then eat from every kind of fruit and travel the paths of your Lord, which have been made easy for you to follow.” From inside them comes a drink of varying colours, containing healing for mankind. There is certainly a Sign in that for people who reflect. (Qur’an, 16:69)

Mentioned in the Bible and in the Qur’an as a celestial food, Lebanese villages consider honey to be sacred. Honey collection from natural beehives can be traced back to the late Stone Age. In the ancient Middle Eastern region, honey was used as a sweetener for food and wine and for medicinal purposes, specifically throat problems and coughing.

For thousands of years, nature’s miracle, the bee, has buzzed from flower to flower collecting nectar, and pollinating blossoms. After she fills her tiny container with nectar she returns to her colony to make the purest of honey. During this trip, the disciplined bee journeys nearly 20 kilometres and pollinates over 600 flowers, to collect only 1/11 of a gram of honey. It takes about 11 similar trips for one gram of honey to be produced. The value of this one gram of honey for humans means the pollination of 6500 blossoms. Bees might be nature’s most indispensable asset and bees’ honey its most precious gift.

Despite difficulties that outweigh the capacities of Lebanese beekeepers, the latest generation has managed to maintain the profession, which can almost be described as a craft or hobby by some.

Honey, is one of the oldest sweeteners used in our villages. Back then it was gathered from rocks, tree trunks, old jars where the bees used to form their honey. Later on most Lebanese villages start to develop beehives, thus most rural households kept bees. Then after beekeeping evolved to become one of the most luxurious hobbies, as an inherited experience of our grand old families.

Lebanon with its diversity in altitude ranging from 0 to 3000 meters, its 4 seasons, its location on the Mediterranean, and its diverse flora flowering all year long, is one of the only countries in the world where bees can find natural sources of nectar all year long producing one of the most delicate honey in the world.

Honey is produced in different regions depending on its flora and trees. Bees harvest nectar and honeydew from the Cedars in Barouk forests, Oak trees in Keserouan forests, from fields of cherry in Zahle, peach and apricot trees in Rechmaya, hawthorn in Kab Elias, thorns in Ain Dara, Medlar trees in Saida, oak trees and wild medicinal plants such as thyme, sage and oregano in Fatri in Adonis Valley, orange blossom in east of Tyre and Akkar, oak honey in Broumana, Ennaya and Aley, and wild flower and thistle blossom honey in Dhour el Shweir and Akoura.

The simplicity of the pollinating of nectar, from flower to flower, stresses the importance of working together. Because having one without the other, is like counting the seashells without the shore.

This honey collected, eclectically is our true identity, it speaks volumes of this land, of its mountains, of its beautiful flora, and most importantly it preserves it and passes it to the next generation.

Where to buy good Lebanese honey: