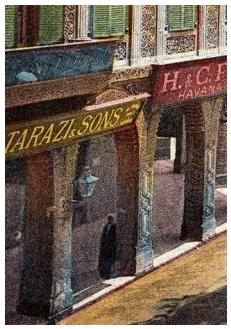 Flowers and petals, leaves and stems, geometric shapes and lines, they carve their trade with a chisel bright and keen. Emphasizing on the beauty of wood in their design and architecture, over five generations they have managed to keep this intricate art form alive.

Wood inlay is a sophisticated historical technique, which was employed to adorn private interiors in traditional Arab courtyard houses in Damascus. The incredibly beautiful interiors of these houses and the amount of work that goes in them bear silent witness to a bygone and almost-forgotten era of urban life in the Near East, each one an impressive masterpiece of the artisan’s craft. Painted and gilded stone reliefs, tinted plaster and patterned paste work decoration, elaborately painted wood embellished with metal leaf, mother-of-pearl inlays, and mirrors were combined in ever-varying and beautiful ways. Luxurious carpets, cushions, mattresses, small tables and stands, and porcelain and metal objects d’art ensured that the reception rooms were also comfortable living spaces, yet profusely elegant.

The Tarazi family has been in the business of creating beautiful woodwork since 1862. Meguerditch Terzi, a tailor, had won his title Bachi (master) in Urfa, south Turkey. Leaving Urfa in 1796 to Damascus to create his spinning company. Touma, one of his grandchildren married Elizabeth Hanna Khoury Lian and had 10 children. In 1860, fleeing the massacres, Touma’s children left Damascus and split into two groups: Dimitri, Nicolas, Malake, and Takla moved to Beirut while the others left to Athens.

In 1862, Dimitri Tarazi founded his first gallery and manufacturing company of silk trade embroideries, carpets, old coppers, and artistic pieces of furniture in oriental style in Beirut. After their success in Beirut, they then opened shops in Jerusalem, Damascus, Cairo, Alexandria, and later on in Rabat. Art lovers, scholars, diplomats, and wealthy merchants who were looking to include the fascinating affluence of the Orient into their everyday lives sought their shops. So begins the Tarazi dynasty of exquisite woodwork that has been handed down from father to son since 1862.

Since then they have supplied oriental woodwork to the Ottoman royal court, which ruled the Middle East at the time, having been commissioned in 1900 to make Sultan Abdel Hamid II a throne, present today at Yildiz Palace in Istanbul.

From the Sursock quarters and the Daouk home in Beirut to the Karami residence in Tripoli, the Tarazis have made and kept their mark, preserving the history of Lebanon’s landmarks.

One landmark is the famed Residence des Pins. It was the seat of the representative of the Ottoman Sultan in the 1800s and the early 1900s and it was there that France’s General Henri Gouraud announced the formation of the State of Greater Lebanon in 1920 and finally it became the official residence of serving French ambassadors. The main door to the residence still bears the signature of Gebran. Intricate inscriptions in Arabic are carved into the huge door made of Lebanon’s ages-old Cedar trees. Inside, built-in mosaic walls and paneling and carved ceilings make up the interior of the Ottoman Salon.

Lovers of workmanship, they have managed to preserve this beautiful art form, preserving with it the family’s heritage. Their work goes on, their cause endures, their hopes still lives, and their dream shall never die.

What now remains of this work that has been carried like a torch, eternity must rightly redeem. 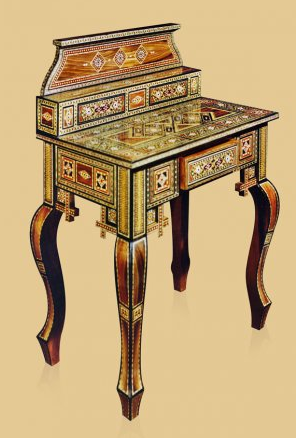 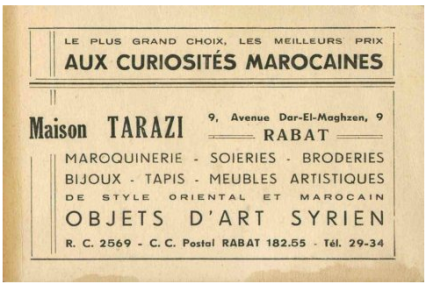 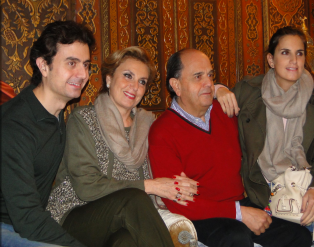 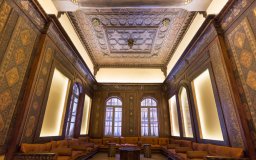 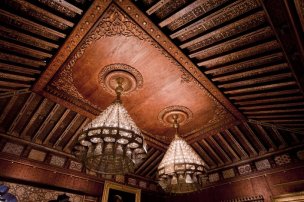 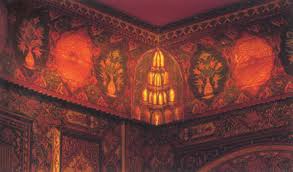 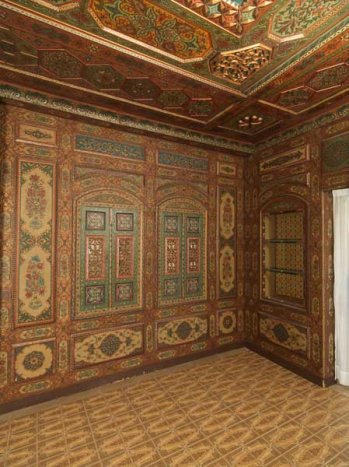 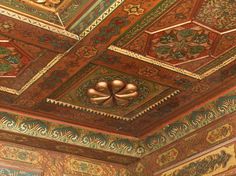 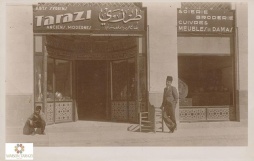