Tucked away on a winding road, through the picturesque gardens of mulberry trees, amongst beautiful olive groves and grape vines, the silk museum resides in the serene town of Bsous, recounting tales of a once prosperous dreamy Lebanon.

Silk production in Lebanon goes back to the Middle Ages and in the 19th century it became the main activity for a large section of the population, creating great social and economic change in the lives of the Lebanese. Lebanon ‘s first silk factory was established in 1840 in Btater, Mount Lebanon, when in those days the mountain was an autonomous district within the Ottoman Empire.

In 1914, it is estimated that there were roughly 120,000 textile workers in Syria and Lebanon. Most of them worked in the silk industry. In that golden period, a Silk Office was set up to manage the region’s silk industry.

According to a 1968 study available at the museum by American University of Beirut professor Ilmir Maurice Shihab, there were 194 Lebanese-owned silk factories in 1893 and by 1911 Lebanon and Syria were producing around 524,000 kilos of raw silk, most of which was for export to Lyon, France.

Lebanon’s numerous other silk factories have either been transformed into grand, traditional style houses, or else abandoned.

The Silk Museum that sits now grandly in the midst of a large, lush garden dotted with mulberry trees is housed in a beautifully restored former silk factory. The mulberry tree leaves are the staple diet of silkworms and were once a familiar sight across Mount Lebanon. The original structure was built by the Fayad family originally, becoming defunct following the regional decline of silk production and was later occupied by Syrian troops during Lebanon’s bloody 1975-1990 Civil War.

The Bsous museum is the only one of its kind in Lebanon, recounting the history of the silk trade, the impact of the trade in Lebanon and the silk process, from worm to loom. That may seem a little strange when silk production was at one period the pillar of the Lebanese economy, counting for 62 percent of all exports between 1872 and 1910. It is a chance to immerse one’s self in a beautiful era of Lebanon, to travel back in time and get a taste of this country’s ancestral rituals and traditions, and to discover an important part of its history, in which exchanges of silk were made between the Land of the Cedar and the East and the West.

Numerous factors led to the decline of Lebanon’s silk industry. Factories suffered from a major shortage of women – who long dominated the silk factories’ workforce after they found they earned more in lacework, which they could do from home. Another reason was when silk factories shifted from all-female to mixed workspaces, angry reactions from Mount Lebanon’s religious authorities, two patriarchs named Aoun and Geagea (funny enough!) deterred many families from sending women to work. The availability of cheaper cloth like rayon and cotton, as well as increased competition from other silk producing countries, spelt the end of Lebanon’s remaining factories. Lebanon’s silk enterprise was over by 1982 defeated by cheap mass production from China, which still dominates the industry today.

The peaceful period following the Civil War saw a surge in socio-cultural heritage activity around the country, all with the aim of preserving sites of historical importance. The Memory and Development Association (AMED), an association dedicated to renovating buildings of historic value, was responsible for restoring the Bsous factory. It opened to the public in 1999, highlighting the 1,500-year-old history of silk production in Lebanon and advertising itself as an eco-museum where communities, land and cultural heritage come together to relate the collective memory of Lebanon’s silk production.

The owners, Georges and Alexandra Asseily agreed to restore the factory into a museum because they used to work in the textile industry and in order to contribute to Lebanese culture. They wanted to keep the memory of Lebanon’s silk production, the history of the factory and its heritage alive. The garden was planted to be a gentle reminder of the interaction between humans, insects and plants and the rewards that this brought to Lebanon for hundreds of years, which significantly resonates in our days.

An excerpt of Frenchman Victor Guerin’s 1881 book “Mission au Liban: extraits de la Terre Sainte,” hangs on a wall of the museum and informs passers by that “In the early 20th century, there were 3,160,000 mulberry trees in Lebanon … it is undoubtedly the most precious tree in the country.”

Besides learning about the detailed process of silk production, from worm to cocoon to silk thread, the museum is a pure voyage into the mysterious and extraordinary ways of nature, a cultural landmark that tries to preserve the glory of a past trade, reminding us of the interaction between humans, insects and plants and the rewards that this brought to Lebanon for hundreds of years.

Building a tiny white room around it, where thousands of white threads abound, the threads began as pure, but gradually compound into a clutter of entanglements that almost drowned the little silkworm. But soon enough those threads would unbound on it, a pair of wings would be found and the sudden ability to fly would make it feel spellbound.

To my Lebanon, fragile, beautiful, and delicate like a minuscule silkworm, waiting to soar… 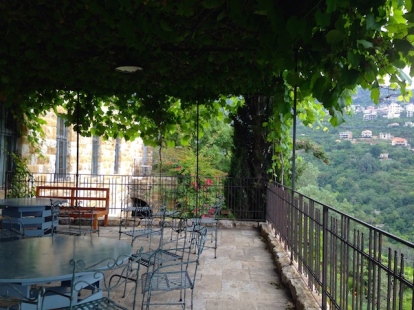 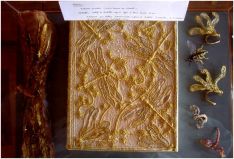 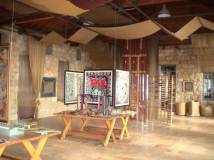 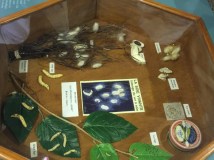 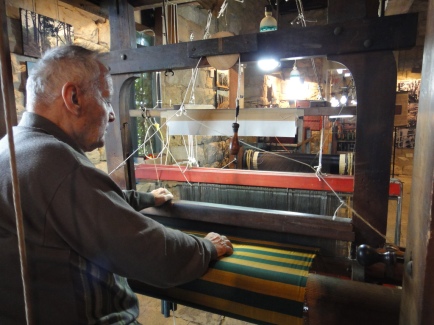 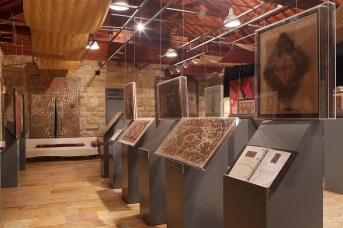 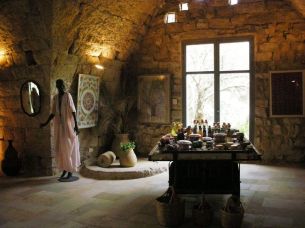 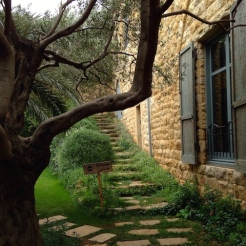 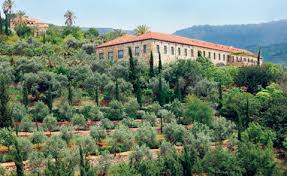 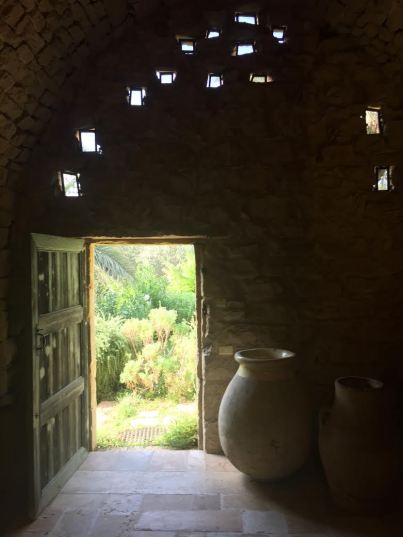 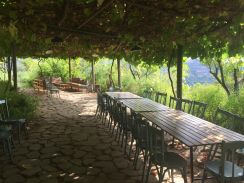 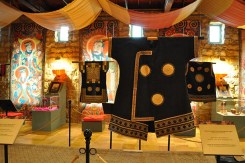 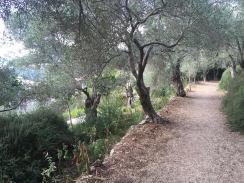 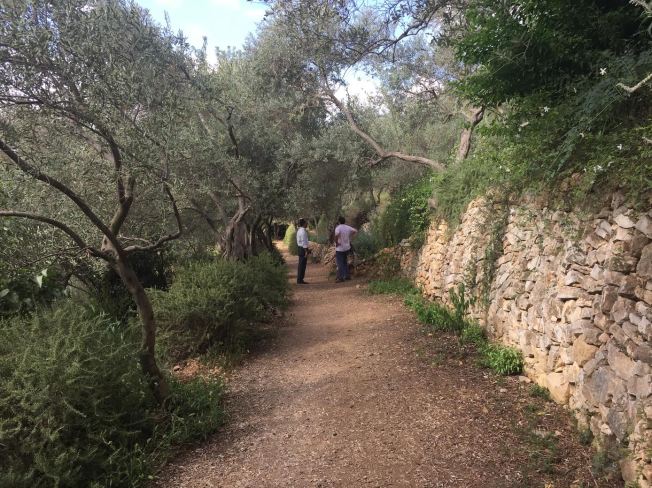 One thought on “The Silk Museum”