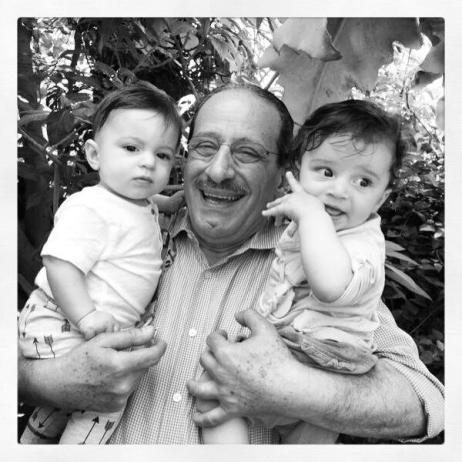 On the way back home on the plane, I think about my father as it’s father’s day. As men speak not of emotion, this is a love not often spoken of, for seldom the word love is said, yet many words and deeds are used instead.

A Father’s love is special; as not everyone is lucky enough to have one, and those that do, don’t say it enough just how special it is. If you are from my generation, you were probably raised and grew up during the war. In a time where bombs were scarring the blue skies tearing it apart, with armed men roaming the streets like hungry beasts, Lebanese fathers woke up and did what they had to do: survive, work, protect, and provide. There were no questions asked, no time to enjoy life, no time to live in those horrid times. A man, a father, had only one thing on his mind to provide and shield from the horrors that were happening just under his home on the streets where his children are growing up.

My father, true to himself and to us, woke up everyday, some days to the pleas of my mother not to go to work today, as the situation worsened, got dressed and headed to his clinic. When he came back early evening, he always had time for us, quality time, a short time just enough to tell us that he loves us and he is there. Even if he was busy and the world’s agony rested on his shoulders, he was there with a smile and his undivided attention.

There is a cold echo of time in the photographs we have during the war, something heroic lies in between those old granulated pictures. There are tales of love, whispers of family ties, and heroic deeds done by an every day man, every day man by simple terminology, but not of deed. There was nothing ordinary about my father, and lots of other Lebanese fathers. They were modern men heroes, heroes because they carried their lives with ethics and fought the absurdity of their lives against all odds.

A Lebanese Father’s love is strong, like a steal beam or a rock, there to support you, when nothing else can. We live in a country that provides so little due to the failure of its own government, limited education, no health care, no pension, really not much. It really is up to our parents and mostly fathers to provide us with all of that. They work hard so we can go to the best schools and universities. They work hard so we can live a decent life. They work hard because they were brought up this way. This generation of men has much to teach about devotion, sacrifice, decency, love to ones family, and perseverance.

My Father’s love drove away my fears, protecting me from the darkest of wartime demons, keeping me away from things dangerous and unknown. When my “papi” (as I call him) speaks, I hear him: the silent scream of humility, the whisper of sensitivity with passion, refusing complexity.

A Lebanese father will provide for his child no matter their age. There is a common belief in other countries that after a certain age the child will have to learn to fend for himself as he is taught to survive in this big world we live in; not in Lebanon. In Lebanon, children are children in their parents’ eyes. A child (of age 50!) will remain under the wings of his mother’s love and father’s protection and support until the awful day when the he has to burry them. A feeling of being orphaned will take over their lives, as there really is no love to compare to that of a parent and their child, to a father and his daughter. There is a common Lebanese saying that goes “li 3ind ahlo 3amahlo” (the one who is staying at his parents’, let him take his time) that perfectly illustrates the bond between children and their parents in this little land of ours.

He is the tree, I am the fruit, his father the roots. A moral compass, an amazing guide he is, for which I’m grateful to have. A Father’s love is unconditional without question or cause, even when you get knocked down, it’s there to get you up on your feet.

Growing up with my father’s smile, I was raised in a world where there was warmth and light and love and respect. If I could capture a moment and hold it forever in my sight, it would be that moment, inside my father’s smile.

Happy Father’s day to all the amazing dads out there, specially lebanese dads…

Happy father’s day to the man in my life, my dad and to the father of my children, whom i have chosen because he reminds me of my dad, my husband Ali 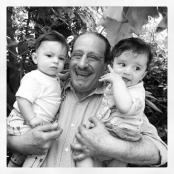 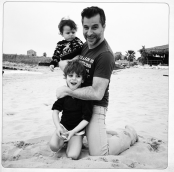