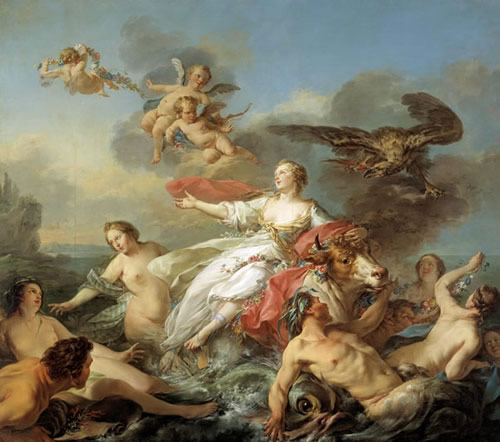 The Phoenicians regularly sailed across and up the Atlantic to harvest tin from Europe at Cornwall but, to the Greeks, Europe was a dark continent (in the same way that 19th and early 20th century CE Europeans would later view Africa).

One of the theories of the naming of Europe is that it comes from the Phoenician word EROB, meaning where the sun sets. Also the origin of Africa’s name, though having a hole in it due to when the name was first used, is said to derive from the Phoenician word “afar” which means “dust.” Put together with the Latin suffix –ica, sometimes used to denote “land”, the name could mean “a land of dust.” Given Africa’s hot, desert-like climate in the north, which is where the Romans claimed their province, the Phoenician root is considered by many to be a plausible alternative to the “Afri tribe” theory.

The naming of Europe though has a very romanticized story that I love. According to Greek mythology, the Phoenician maiden named Europa, the beautiful daughter of Phoenician king Agenor, the king of Gods, was one of the many objects of affection of Olympian chief god Zeus. At first sight of Europa, at her home in Tyre, where she walked beside the sea gathering wildflowers, the god was infatuated by her striking beauty and grace. Not being one to ignore his desires, Zeus immediately comes up with a cunning plan.

As the ancient poet Ovid tells us, he:

Headed for the shore, where the great king’s daughter, Europa, used to play together with the Tyrian virgins. Royalty and love do not sit well together, nor stay long in the same house. So the father and ruler of the gods, who is armed with the three-forked lightning in his right hand, whose nod shakes the world, setting aside his royal scepter, took on the shape of a bull. [He] lowed among the other cattle, and, beautiful to look at, wandered in the tender grass.

In color he was white as the snow that rough feet have not trampled and the rain-filled south wind has not melted. The muscles rounded out his neck, the dewlaps hung down in front, the horns were twisted, but one might argue they were made by hand, purer and brighter than pearl. His forehead was not fearful, his eyes were not formidable, and his expression was peaceful. Agenor’s daughter marveled at how beautiful he was and how unthreatening.

But though he seemed so gentle she was afraid at first to touch him. Soon she drew close and held flowers out to his glistening mouth. The lover was joyful and while he waited for his hoped-for pleasure he kissed her hands. He could scarcely separate then from now. At one moment he frolics and runs riot in the grass, at another he lies down, white as snow on the yellow sands. When her fear has gradually lessened he offers his chest now for virgin hands to pat and now his horns to twine with fresh wreaths of flowers.

The royal virgin even dares to sit on the bull’s back, not realizing whom she presses on, while the god, first from dry land and then from the shoreline, gradually slips his deceitful hooves into the waves. Then he goes further out and carries his prize over the mid-surface of the sea. She is terrified and looks back at the abandoned shore she has been stolen from and her right hand grips a horn, the other his back, her clothes fluttering, winding, behind her in the breeze.

Once they had arrived on Crete, the lovers Zeus and Europa gave birth to three children, including Minos who became king of the Minoans. The great and beautiful Minoan civilization left many bequests for the Classical Greeks who followed. And the name of this Phoenician princess was given to the entire new continent, which was called Europe. Zeus, it is said, later re-created the shape of the white bull in the stars, which is now known as the constellation Taurus.

When Europa disappeared on the back of the Bull, Agenor sent out his sons in search of her, ordering them not to return until they had found their sister. Cilix, Europa’s brother went out in his search and ended up in Cilicia in Asia Minor, a region called after him, where he became king after giving up the search.

Cadmus, another of Europa’s brothers, went with his mother Telephassa to Thrace and stayed there for some time, before coming to Boeotia, where he founded the city of Cadmea, which was later called Thebes. For when Telephassa died Cadmus went to Delphi to inquire about Europa, and the Oracle told him not to worry about her sister, but instead, following a cow, found a city wherever the animal would lay down to rest. And the cow rested in the spot where today the city of Thebes is.

Another brother, Thasus, having sailed from Tyre in his search of Europa, gave up and settled in an island off Thrace and founded a city, Thasus, called after himself. Meanwhile, another brother, Phoenix set out for Africa, and remained there.

The myth of Europa and Zeus may also have its origin in a sacred union between the Phoenician deities Astar and `Aštart (Astarte), in bovine form. Having given birth to three sons by Zeus, Europa married a king Asterios, this being also the name of the Minotaur and an epithet of Zeus, likely derived from the name `Aštar. According to Herodotus’ rationalizing approach, Europa was kidnapped by Minoans who were seeking to avenge the kidnapping of Io, a princess from Argos. His variant story may have been an attempt to rationalize the earlier myth; or the present myth may be a garbled version of facts, the abduction of a Phoenician aristocrat, later enunciated without gloss by Herodotus. Whatever it may be, it’s a beautiful story of love, family, lust, and belonging, which started on the shores of our beautiful Tyre. 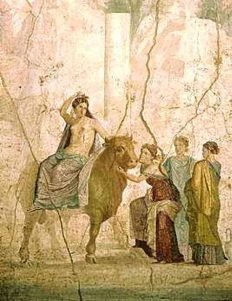 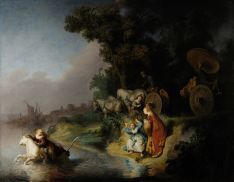 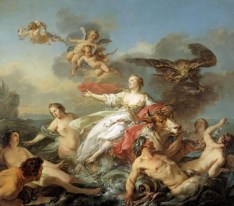 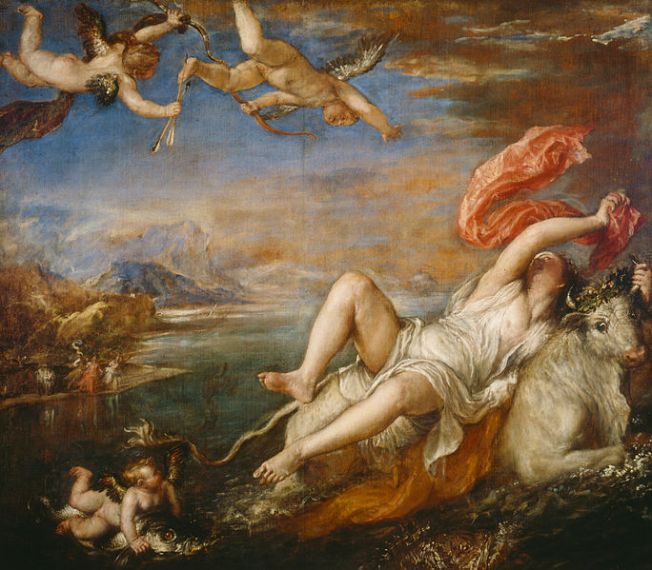 3 thoughts on “For the Love of Europa”