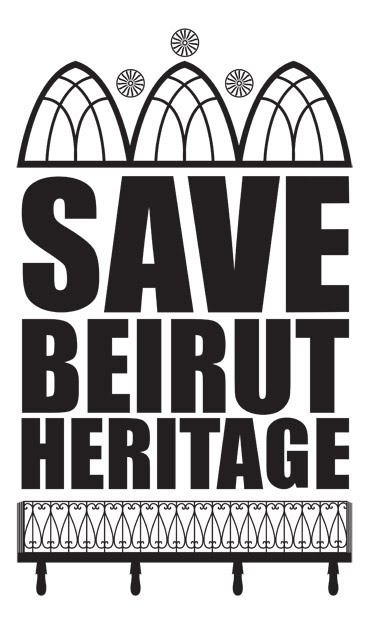 Beirut, once a model Levantine Mediterranean city, is quickly losing its traditional character to modernization. Its Ottoman-style mansions with lush interior gardens and triple-arched windows, and its French colonial buildings are increasingly being bulldozed to make room for modern high-rises. Fifteen years of a destructive Civil War, in addition to an Israeli invasion, caused extensive damage to the city, but a postwar development and reconstruction spree is turning out to be more detrimental.

Skyrocketing prices encouraged property owners to sell the lands on which their ancestral homes were sitting to the highest bidders. Within less than two decades, whole neighborhoods of a traditional nature, which were once noted for their typical houses, were replaced by modern high-rises, and glass and concrete structures, altering the face of the city.

Save Beirut Heritage is a cultural heritage organization based in Beirut. The organization was founded in 2010 with the aims to preserve architectural heritage within Beirut, which has come under increased threat of destruction through rampant urbanization. The organization started as a group on Facebook, highlighting and vocalizing the dangers facing Beirut’s ancient sites and traditional buildings. The group now has over eight thousand members and operates a twenty-four-hour hotline for the city’s residents to call if they fear a building may be in danger from demolition or construction activities. They were the driving force behind a government decision to prevent demolition of old houses unless the culture minister signed demolition orders. Permission was previously green lighted by Beirut municipality.

The organization has organized several petitions and assisted with public demonstrations to protest and protect historic buildings. Their efforts have resulted in the Ministry of Culture putting a halt order on their demolition. The organization encourages people in the city to monitor properties for illegal demolition and highlights the different ploys used by developers to try and tear down these buildings. The organization’s spokesman, Giorgio Tarraf once said, “These old buildings are not only pretty, they are financially viable, tourists want to come and see our old city, they don’t want to see towers. They can see towers anywhere.”

In the 90’s, an initial census counted 1600 traditional homes and buildings in the greater Beirut. Today, the number intimated is closer to 250 remaining standing structures. With the Ministry of Culture, they helped review 250 demolition permits and stopped the demolition of 150 buildings that were set for demolition in the past year alone. So if it weren’t for their efforts, we would have lost almost a quarter of the remaining architectural heritage of Beirut. Activist Naji Raji says: “Modernization should not be at the expense of history.”

For activists campaigning to preserve architectural heritage in a city with a predilection for lucrative real estate deals, it is a constant uphill battle. When listed, the house can be sold, but not demolished. However, that does not necessarily mean that it is saved. When they cannot sell, owners of listed houses leave them to crumble, or sometimes provoke their collapse, and bribe officials to turn a blind eye. The existing law is obsolete and dates back to the French Mandate. It is largely made to conserve antiquities, not architectural heritage. A draft law, which is an improvement on the existing one, has been rotting for decades in the drawers of Parliament. However, the endeavor is likely to be extremely difficult as the Parliament is mostly composed of businessmen, many of whom have big real estate interests. They are also in an uneven battle against powerful and well-connected developers.

The activists underlined the importance of preserving the urban social fabric that comes with preserving traditional neighborhoods and old buildings. In addition to single buildings, Save Beirut Heritage concentrates its efforts on safeguarding streets and whole areas with traditional character, for instance Gemmayzeh, Achrafieh, and Mar Mikhael, as the sense of a historic and traditional environment comes from an area, not from one building. As a group, and with the cooperation of various institutions, they have already stopped 20 buildings from imminent demolition through official decree.

The only thing that can save Beirut, and Lebanon as a whole, today is a genuine popular awakening; something that failed to happen in the 1990’s. There is nothing that can guarantee the long-term survival of the few remaining traditional homes in Beirut except the tenacity and will of its inhabitants. It is time now to awaken from the stealth air of the war and be our city, our country’s guardians, to protect, love, and ensure a great future of this land we are leaving behind for our children.

To my country, we fight on to keep you alive… 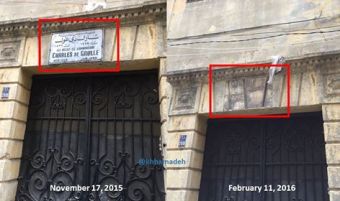 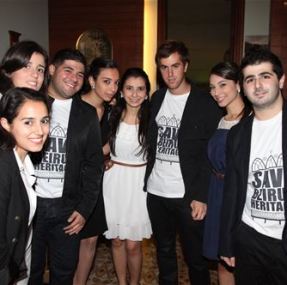 BEIRUT, LEBANON – NOVEMBER 16: Save Beirut Heritage spokesman, Giorgio Tarraf, documents the state of a pre-civil war residential building in the old neighborhood of Ashrafieh on November 16, 2012 in Beirut, Lebanon. ‘We destroyed Beirut more in times of peace than in times of war,’ says Tarraf, ‘we are trying to preserve a sort of urban fabric that helped the city go through these years of civil war to come out and survive.’ Photo by Ann Hermes/The Christian Science Monitor 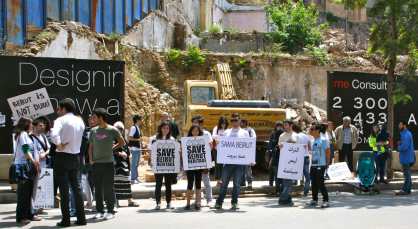 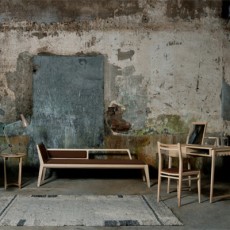 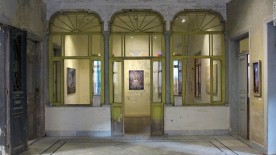 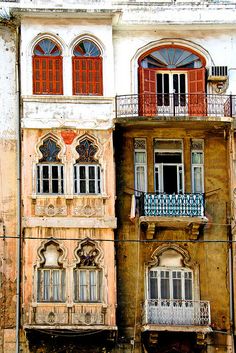