Some places exude elegance and a certain refinement just by there mere esthetic; such is the case of this beautiful Lebanese restaurant in the heart of Achrafieh. Liza restaurant occupies the second floor of former Abdallah Bustros’ 19th-century palace. Devised by designer Maria Ousseimi, LIZA’s historically charged, romance infused interior is a reflection of a very tangible reverie of old glamour infused with modern interior that flows from one room to the next.

Named after one of its owners, Liza Asseily, the LIZA restaurant resembles a lavishly decorated modern apartment. Luxurious without being ostentatious, its cosmopolitan atmosphere brings this palace alive where the traditional layout of a 19th century Lebanese home. the 500-sqm space and the rooms arranged symmetrically on the three sides of the Dar (central hallway) are divided by magnificent Moorish style interior windows.

The star feature of the space however, is artist Idarica Gazzoni’s unique Arjumand wallpapers, which dress the walls like frescoes in a royal palace. Not only do they recall the original purpose of the building, they also create a different story in each of the four rooms (Main room, Banana room, Money room, Building room).

Visually stimulating while remaining soothing due to the harmonious combination of colors, prints and materials, the restaurant is a celebration of Lebanese history and culture. The Banana room , which creates an outdoor veranda feel, while blown-up ancient Lebanese Lira in the Money room or the images of the ceramic cityscapes by Marilyn Massoud and Rasha Nawam recalling the bustling metropolis that is Beirut in the Building room, create distinct atmospheres and a vision of a multifaceted country.

Bright with high ceilings, natural light floods into the space through windows that line the front of the restaurant. Historical notes like the polished brass tableware, decorative objects and corner bar by Karim Chaya in the Main room, are laced with contemporary design features like the carved wood furniture by Orient 499.

This place reeks of beauty and refinement, and its presence tells a story of a forgotten Lebanon. It stands there proud, maybe a bit lonely, knowing that this could be the fate of every beautiful Lebanese house, instead of its destruction. 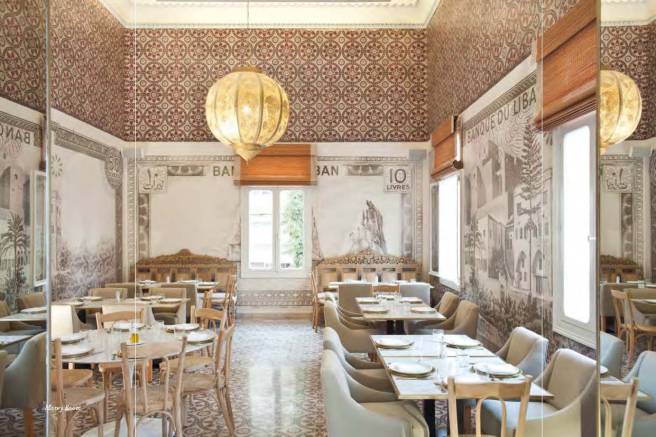 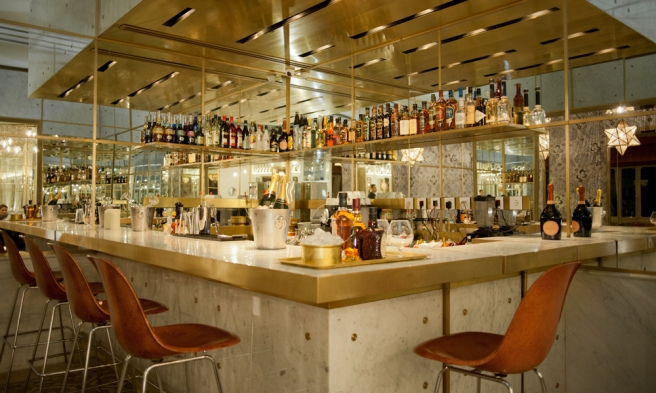 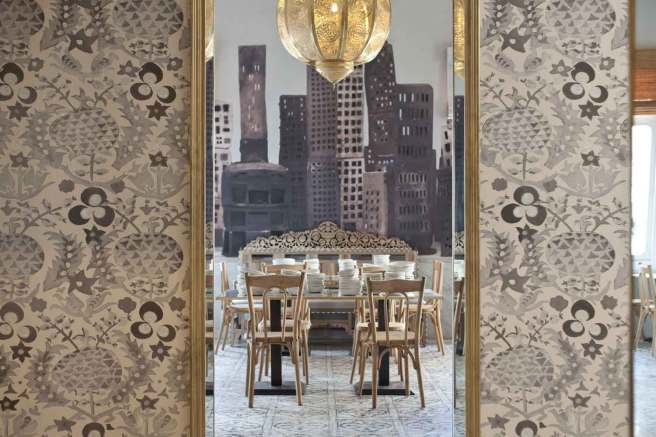 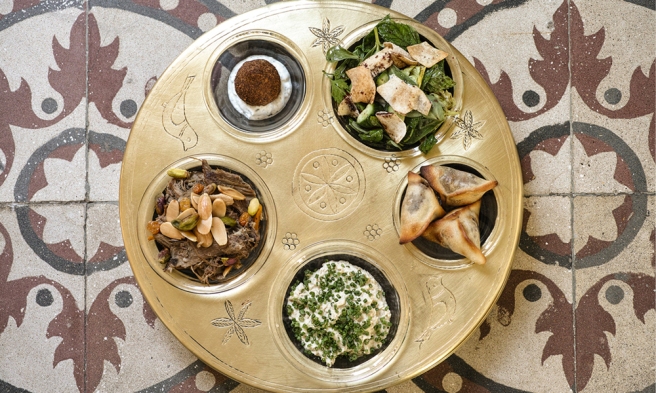