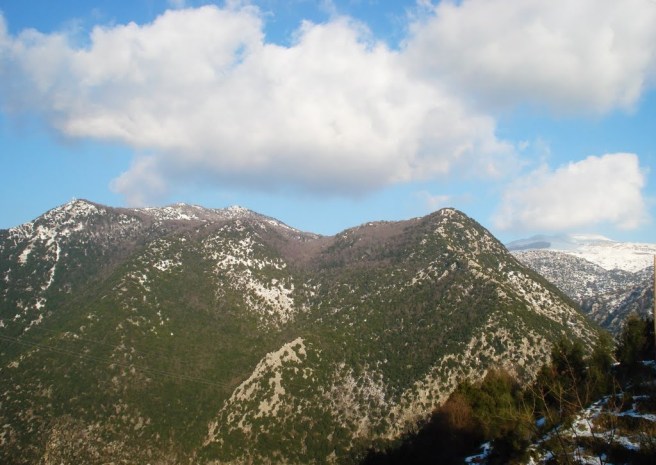 I gaze upon this landscape, mountains, hills, valleys appear endlessly. Showing the beauty of life, nostalgic feelings surge relentlessly of what nature must have been like here. As you begin the sharp ascent up the rocky path, you are teleported into one of Lebanon’s richest biodiversity zones, seemingly miles and millennia away from reality.

Jabal Moussa is an outstanding Biosphere Reserve located in Keserwan area. Overlooking the Mediterranean Sea to the west, it reflects a true mosaic of ecological systems.  A dominant feature of the biosphere reserve is its pristine world of steep, verdant mountainsides rising from a river lined with cool aromatic sycamore trees, to reach summits of statue-like rocks.

It is renowned for its unspoiled nature with mixed forests of oak, pine, juniper and hop-hornbeam as well as many economically important plant species and rare flowers, more than 600 flora species identified, as well as undisturbed wildlife. The Reserve hosts 23 species of mammals. There are over 700 wooden and herbal plant species found within the area, which constitute more than one third of Lebanon’s terrestrial plant species. It also hosts a range of 24 reptile species of which 20 are of high conservation value.

Unlike other reserves, this protected area presents a variety of migratory and soaring birds. It is home to more than 83 bird species, of which 7 are regionally or globally threatened leading to its designation as a global Important Bird Area (IBA) as per Birdlife International. It was designated in 2009 as the 3rd biosphere reserve in Lebanon as part of the UNESCO Network of Biosphere Reserves under Man & Biosphere (MAB) program.

In total, there are 137 bird species recorded in the Jabal Moussa Biosphere Reserve, a number that constitutes 34.5% of the species found in Lebanon. Therefore, birds are the largest group of vertebrate fauna species in it. Out of this number and besides resident breeders (80% of Lebanon’s breeding species), there are numerous bird species migrating from northern countries of Europe and Central Asia for wintering in this region, as well as passing by during their migration further south. Lebanon constitutes a bottleneck area for these migrating birds, providing an opportunity for resting, sheltering and feeding. A reserve like Jabal Moussa, where bird hunting is banned, allows migratory birds to make it to their wintering destination and provides resident species with shelter and breeding habitats.

The cultural heritage present in the mountain dating back to the 2nd century Rome, such as parts of the old Roman road and Hadrian inscriptions found in several places there, as well as the old houses and cisterns, make this place a unique melting pot of biodiversity and history. The Myth of Adonis and Astarte haunts the valley of this ageless mountain and all surrounding villages succumb to the superstitious beauty of the legend.

In October the sky dances to the abundance of life. Aerial displays of swooping birds on the airstream feasting on unaware flies overly engaged in their own ceremonies of the sky, paint a moving like canvas above Jabal Moussa. High-spirited flight with purpose is such a magnificent sight. In October the birds arrive for our warmth, our ability to provide, but they will leave soon again. Yet like every cycle of life, they will return. They always do. As they learn the sky dance of their parents, the promise of their return keeps me warm. As other land settles into winter’s cold, migration birds blinded by the sun shall walk by faith and not by sight to our land, to our protected Jabal Moussa.

Here is a short clip of birds migrating to Lebanon: