As twilight softly kisses the horizon, a sturdy breeze plays mischievously in this derelict beauty only a short distance from the center of Tripoli, to the south of the city, bordering enormous, intense apartments blocs. Forgotten domes and empty seats are taken captive by the resilient flowers that grow amidst this deserted space. Like little shreds of hope they peek out just above the ground, holding firmly to the dream of what was once an almost picturesque reality that has drifted into abandonment.

Oscar Niemeyer, one of the giant of modernist architecture, was commissioned to design the International Fairgrounds of Tripoli in 1963. The fair was named after former prime minister and Tripoli native Rachid Karami, who was assassinated during the civil war. The fairground was abandoned mid-construction at the outbreak of the Lebanese civil war in 1975, becoming a post for the occupying Syrian army. The 10,000 hectare site and its 15 buildings remain today, incomplete concrete structures.

After falling into ruin, the fairground was included on the 2006 World Monuments Watch in order to call attention to the years of neglect and deferred maintenance it had experienced.

The modernism that developed in Lebanon in the 1950s and 60s evolved its own distinctive character as it married local tradition with international progression in technology. The era in which Niemeyer came to Lebanon to design the fair was typified by grand building projects. Then president Fouad Chehab was pushing for economic and urban development as part of his bid to create a sense of Lebanese identity that superseded sectarian divides. Tripoli was chosen for the site as part of Chehab’s policy for equal development across the country, as opposed to allowing Beirut to continue as the sole financial center.

“Niemeyer’s modernist innovations were centered on a philosophy of form above functionality. In his work, beauty was paramount, as was a holistic cohesion between a building and its environment. In the Tripoli fair, the curving forms he is known for found a new home as the structures mirror the mountains cape behind them. Homage to the shapes of the historic local architecture is also seen, though only in the tapered arches of one pavilion, intended to be the Museum of Lebanon.” (Rebecca Whiting)

Niemeyer was dedicated to constructing spaces that invited and inspired the public. As an idealist, his works capture an attitude of progress and confidence. He created shapes and spaces to awe and excite.

At the fair, the large oval-shaped fairground features Niemeyer’s signature minimalist, geometric forms with a vast, open-air pavilion. The complex is based on modern urban planning ideals and an aesthetic similar to that of Brasilia, Niemeyer’s project for the capital of Brazil. Simple concrete forms such as a grand arch, a domed theater, and an elongated low-rise pavilion shape the landscape.

The different areas of the fair were designed to be floating in a shallow, reflective pool, transforming his buildings into water lilies that transcend space and time, going beyond the now and creating a womb like feeling immersed in water, where his majestic architectural gems would flourish from.

In a 2006 interview, he said in response to a question as to whether his beliefs are reflected in his work, “It is not with architecture that one can disseminate any political ideology. Nevertheless, I say that the important thing is not architecture, but life itself, the struggle for a better world; I manifest myself with indispensable clearness. I am a man like any other one, who struggles against social injustice.”

The stillness of the place coupled with the well tended gardens and the emptiness of the pools create a juxtaposing vision of a place designed to be buzzing with life, yet gives off the impression of walking towards a mirage, a dream of what a prosperous Lebanon would have looked like.

What has mattered the most evidently and what is left now, are just ghosts. If the past is dead, what is the fate of a memory? Left to wander around in a purgatory, sometimes this monument of architectural vision silent and unused begs to be seen, haunted by the idea of what it should have been. If the past is dead, then we trap ghosts inside our memories. Maybe the time has come to awaken those forgotten fallen ghosts and bring them back to their splendors.

To read more about this beautiful site please visit:  http://www.greekarchitects.gr/en/degrees/oscar-niemeyer’s-permanent-international-fair-in-tripoli-id3105 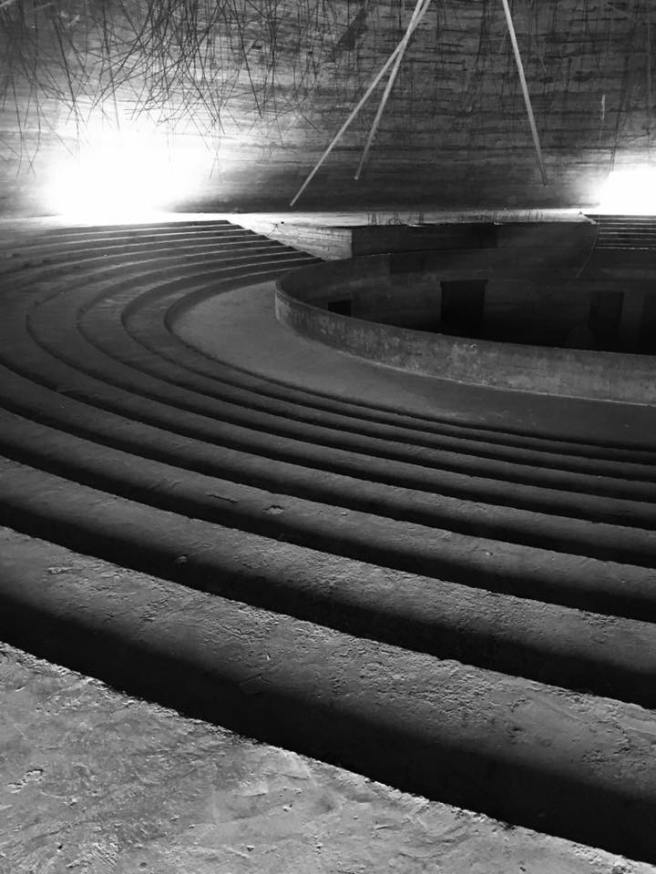 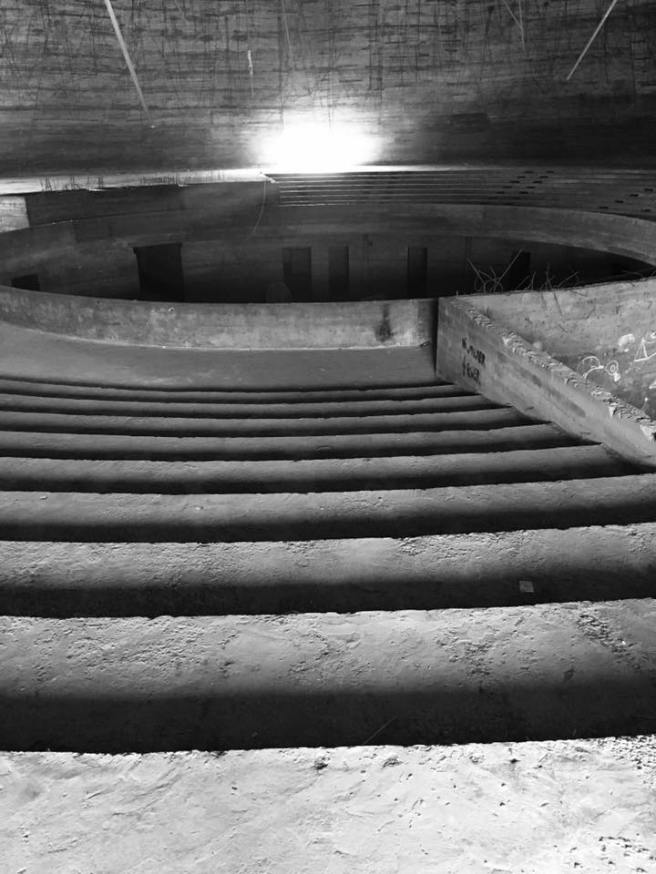 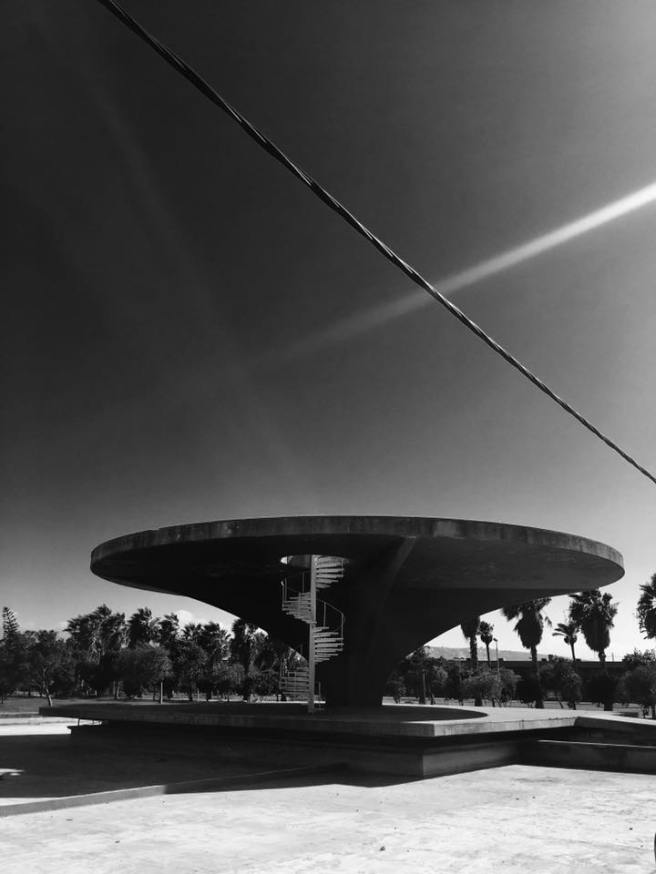 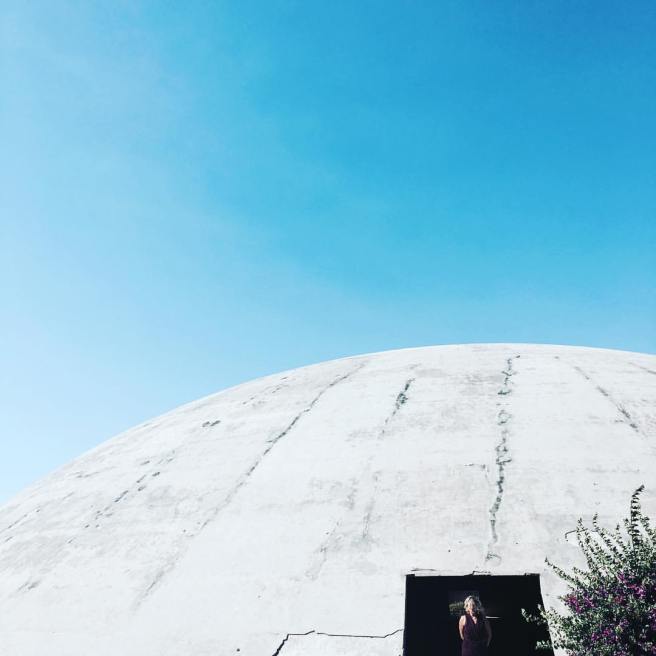 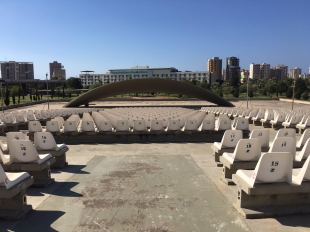 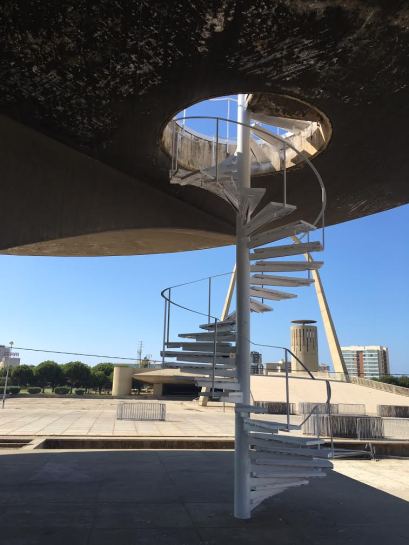