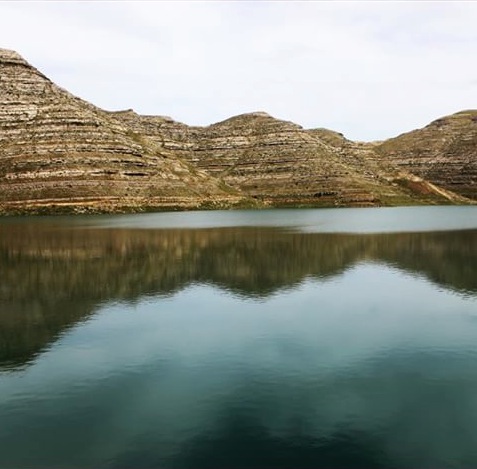 Unconstrained, free flowing stream, glitters and glimmers with sunbeam as it travels through the land reaching a halt above the village of Faraya. Its warm water glistens in the sun.

The road twisting and snaking through the mountains, on one side sheer cliffs that echo hum tales of solitude. The crisp air seems to rest on the stagnating waters of Chabrouh.

Since Phoenician times the people that occupied the eastern coast of the Mediterranean Sea adapted to the environments prevalent along the coastal zone. In Lebanon the need to manage the large losses of water to the sea, resulting from fast overland flow, necessitated looking into the building of dams.

The Faraya-Chabrouh Dam is a dam above the village of Faraya, 40 kilometers northeast of Beirut that was inaugurated in 2007. The dam has a height of 63 meters. The reservoir has a capacity of some 8 million cubic meters and is some 1300 meters in length. The dam is surrounded by farmland. Agricultural lands stretch far below the Faraya-Chabrouh Dam and the water is used from the reservoir to irrigate the lands, providing an essential resource to thousands of people in the villages below. It also provides potable water during the summer for the Kesrouan region

The name is of Aramaic origin and can mean to emigrate or leave. It is set in an idyllic setting where one can still gather thyme, fossil stones, and medicinal herbs for teas that are preserved for winter times.

Hiking around it one is breath taken by its desolate beauty and its serene stature. It changes colors depending on the ever-changing seasons that are so typical of Lebanon. Winter casts its white veil on it resonating with the silence of the cold crisp air as summer time, with the heat of the sun soaks down on it, turning its hills into colossal dusty cliffs where the only spark of color comes from its still water reflecting the blue hues of the skies above.

Here in a sleepy land in chabrouh, in the shadow of barren hills, amid barren aridity, time seems to be as absent as the trees. Fold of translucent light through thin blue sheets slices through the hills connecting with the blues of the water.

A lonely walk down the hill to stand by its waters, a steep climb uphill to the destination, life slowed down here to enable sustenance. Life slowed down to a breathtaking reverie. As chants flowed along with the wind, I stood there humbled by nature, humbled by the power and sheer magnificence of its water taking the form of the hills settling quietly.

To my Lebanon, and all its beauty… 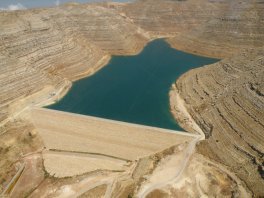 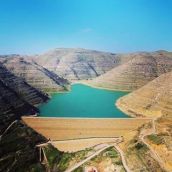 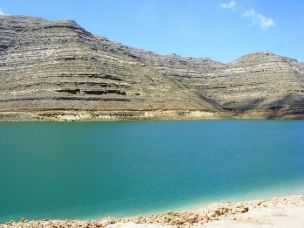