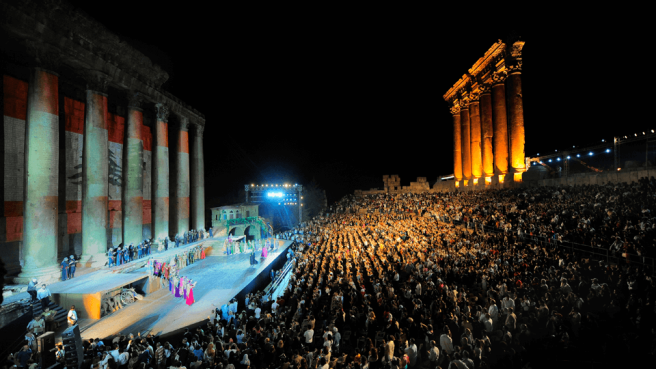 Winter and spring long since passed, as cold wind, rain and frost now belong in the past, Lebanon’s starts brewing for a season of festivals taking place all over the country. Darkness thankfully no longer descends, as fast as long hot summer days arrive at long last. All around the country there is a festive atmosphere. This land becomes all flickers of light in warm weather and we know that music will fill its air  from north to south, enchanting the spectators from one performance to the other.

The Lebanese summer festivals are the time of  year, between July and August, where I feel the most fulfilled. As we drive from one end of the country to the other, my soul gets enriched with all the beauty of arts and culture, and I am moved into another world where history and music intermingle together and create a visual and sound experience that I carry in my memory forever.

Lebanon hosts several large festivals headlining big name acts, including both Lebanese and international performers. Extending over several weeks, these internationally renowned events attract large crowds from throughout the region. Several of the summer festivals are held at major archaeological and historical sites, including Baalbek, Byblos, and Beiteddine, providing a spectacular backdrop for the musicians, dancers, and performers. Others like Ehdeniyyat, held in the northern village of Ehden, the Jounieh International Festival, The Zouk Mikael International Festival’s, the Jezzine summer festival, The Batroun International Festival, bring life to their region with a full on program of music and performance arts.

There is something quiet spectacular as you approach the temple of Baalbek at night, to see it lit in all its glory while people head towards one of its temples in anticipation of the show with lights swirling in the skies above. It is a true vision of beauty. It’s a reminder of the purpose of these architectural gems spread all over Lebanon, to live and prosper, to glorify the land, to make a statement and gather the crowds, and to be a beacon of culture for the whole region. The Baalbek International Festival, the oldest one, was launched in 1956 when the President of the Lebanese Republic, Camille Chamoun, announced its creation. Amidst the magnificent ruins of the temples of Bacchus and Jupiter, The Baalbeck International Festival has enchanted generations with world class plays, Lebanese nights, operas, music concerts (classical music, pop, jazz and more), and dance (modern, classical and folkloric). Over the years this incredible historical setting has witnessed world premieres and exceptional performances. Steeped in history, Baalbeck, known in ancient times as “Heliopolis,” the City of the Sun, is a wonder to behold. The temples are not only the largest Roman temples ever built, but are also among the best preserved in the world.

The Beiteddine Festival takes place in a large and magnificent 200-year old Palace, the Beiteddine palace. The Palace is a jewel of Lebanese architecture with its many courtyards, monumental gates, elegant arcades and leveled galleries. The Festival’s first edition was launched in the summer of 1985 amidst the war. It came as an act of faith in Lebanon’s cultural role and power of creativity, a call for normality amidst the chaos and madness of war. It was born and has grown in very difficult times and made it against all odds. To sit in the courtyard of this Ottoman Palace as the cool air of the Chouf embraces your face and the sky above is sprinkled with a million stars and listen to beautiful music is an enriching experience.

The Byblos International Festival, the youngest and hippest of the festivals, has been held annually since 2003. It takes place by the seaside in the historic quarter, in front of the castle built by Crusaders in the 12th century. As you sit literally above the sea, with the salty breeze whispering through the crowds of people, facing the old crusader castle and the ancient city of Byblos with the lights piercing the sky, you are reminded of the glory of this land.

Those little trembling lights swirl around creating thousands of little waves riding upon a sea of people. The music pierces the breezy air enchanting us into a world where modernity and antiquity mesh together as naturally as possible. In Lebanon since times passed, we live and love, we let music fill the air of this little piece of land, we embrace culture and adore it and let it gratify our hearts and souls.

To the summer festivals thank you for enriching our lives: (some of the shows that have marked me): 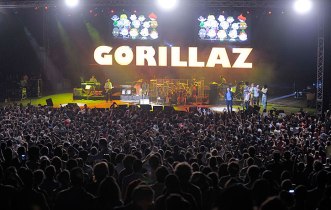 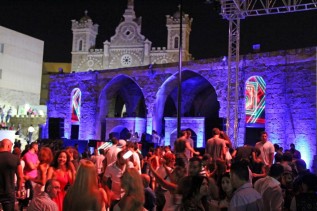 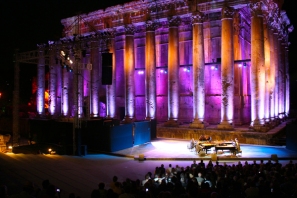 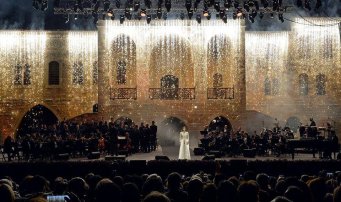 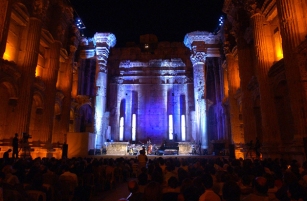 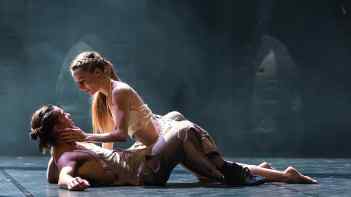 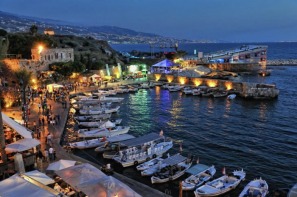