Electricité du Liban building, built around 1970, welcomes you into the heart of Mar Mikael, where the rhythm of life slows down and life somehow seems to be a bit calmer then the rest of the city, during the day at least. Most of its shops have old men or women operating them, giving a certain caché to the area, highlighting the feel of longevity that is very much present in Mar Mikhael.

The beautiful Electricité du Liban building is a progressive design by CETA architects that was chosen in 1965 as part of a competition, a popular practice that gave rise to many young architects. It boasts sea-views, an urban space for the public and large veils that block direct sunlight on the south side.

Mar Mikhael is still full of villas and houses from the 1800s, and the 1930s, in particular. Like Tariq Jdideh, it always had a mix of commercial and residential social life within its enclave. The area has a strong Armenian character to it, as many Armenians and refugees settled there after the Turkish genocide of 1915, making it a diverse area full of quirks and different styles of architecture with a diverse residential clientele.

The allure and the independent feeling of this area, with its old houses, diverse restaurants, and medieval pavements, is the best representation of a lively and attractive Beirut. It’s the last authentic neighborhood among a sea of construction still retaining the charm of 1920s Beirut. At night it’s Armenia Street comes alive to the pulse of its many pubs and restaurants.

The beauty of Mar Mikhael is that it has evolved way beyond just a nightlife hub; Mar Mikhael has carved a niche and manifested itself as a creative district, where services like pubs and restaurants are straddled by clothing and furniture stores, arts & crafts workshops, and a plethora of other design and alternative art spots. It highlights the role that arts, crafts and design can be a major driving force for the urban, economic and social revival of cities or districts of cities, thanks to its preserved traditional Beirut architecture.

There is something quiet special about Mar Mikhael for those who really want to uncover it. Old and big staircases, a rare site in Beirut, are still the main veins of this neighborhood connecting it to the upper residential buildings of Geitawi. Just off the main streets there are still gardens with orange and lemons trees communally shared buy its residents that give the sensation of a village life. Its stairs are a pathway in history where social fabric and historic architecture paint a picture of a community that shares each others joys and sorrows.

Mar Mikhael is also home to the beautiful dilapidate train station of Lebanon, the first railway network in the Middle East, established in the early 1890s, that used to connect Beirut to all the other regions in Lebanon. Nowadays it comes alive through the different beats of resident DJs.

Mar Mikhael is one of the last neighborhoods in Beirut still functioning as an area where poor and rich, cultured and uncultured, big and small communities live together. Mar Mikhael carved a niche and manifested itself as a creative district, where services like pubs and restaurants are straddled by clothing and furniture stores, arts and crafts workshops, and a plethora of other design and alternative art spots all mingled together with old barbers, framing and tire shops, and dakakeen.

Mar Mikhael, is a world within a world, where old and new architecture, young and old, busy street life and hidden gardens, small pavements and long tenacious stairs have entitled it for their own. 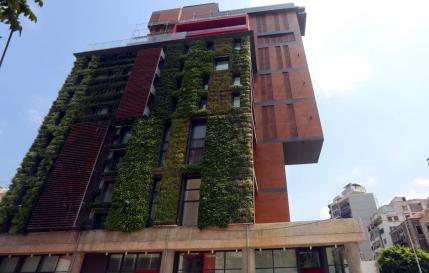 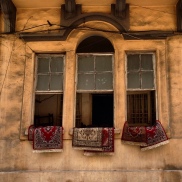 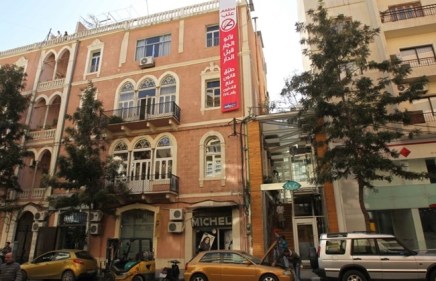