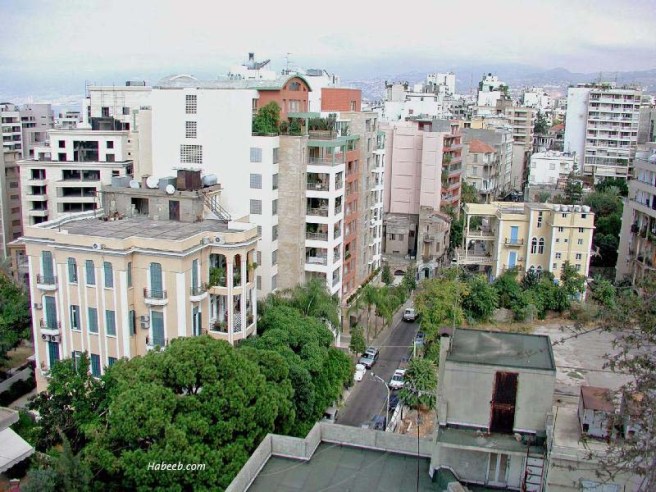 In between its winding streets where the sounds of the city runs amongst its trees scattered here and there, Ashrafieh is definitely a love affair. Its luxurious apartment buildings combined with its renovated traditional houses and the dilapidated ones, its 50s, 60, 70s, and 80s buildings all seem like a charming movie set of a loved Beirut.

Walking through Ashrafieh, one can get lost in its allure. From its richer neighborhoods to its poorer ones, its certain charm is obvious to the eye. Ashrafieh, consisting of several East Beirut areas, is a tranquil, hilly, residential and commercial area. It is filled with tree-lined streets and beautiful traditional French and Ottoman houses, yet also characterized by tall office buildings and modern coffee and lunch bars.

Until the 1930s, Ashrafieh was largely composed of farmland owned and farmed by several Greek Orthodox Christian families that had ruled the country and the region for centuries. The Lebanese government, which at the time was under French Mandate, partitioned the land in Ashrafieh to build roads and highways, forcing these families to eventually sell large parts of their land. The word Ashrafieh refers to “Ashraf” elite in Arabic. It stands for “a place above the other, overlooking the land” from below. Its six-meter wide streets gives it a village appearance as it gazes sleepily on the eastern edge of the original walled city of Beirut, roughly what is now the downtown area.

Ashrafieh is one of Beirut’s oldest and most charming districts and is considered an important tourist outlet where a great number of restaurants, coffee shops, and design shops are located. This, in addition to its important commercial venue, its luxurious apartment buildings combined with renovated traditional houses, makes of Ashrafieh a little haven in the midst of this chaotic city.

The area is divided into numerous smaller neighborhoods. Its most prominent ones include Sassine Square with its commercial aspect, St Nicolas with its more traditional and important buildings like the Sursock Museum, Tabaris and Abdel Wahab that have kept their charm having the biggest concentration of renovated old buildings in Beirut. Rmeil area, on the other hand, is one of its poorer areas where construction noise in the distance shatters its calm. Small buildings, mostly old, stand against each other with flights of stairs connecting the alleyways. One can stand at the top of a slope and enjoy a view all the way down to the sea, as though the area were disconnected from the “new” Beirut. Old people in Rmeil sit in front of their small stores or by the entrances to their houses. Armies of cats lie in the sun; wander down stairs, or quietly cross the streets.

Ashrafieh is a city, which dawdles a scent of the old mixed in with the modern. A city carefully structured by its neighbors, where plants and flowers adorn its balconies all year long. During the day it’s a busy area with its modern design shops standing next to its dekenehs (small mini markets), the antique shops, the small quarter’s butcher next to the local pub and fern. At night though, my personal favorite time, is when it comes alive when the stars above it twinkle peacefully. The lights of the street lamps flicker to the quietness in the air as the trees sway to the night’s breeze, Ashrafieh becomes a bit quieter as the city finds itself nestled in darkness, a few bars and restaurants scattered here and there with their modern esthetics and European style bring a little life to the area. Walking through Ashrafieh (specially the Monot area) at night in springtime with its dreamy air and its little alleys, one can still smell the orange trees blossom and enjoy the nightly skies in-between its quiet airs and curving backstreets. 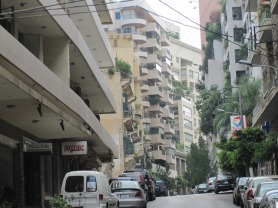 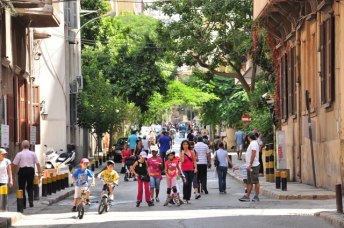 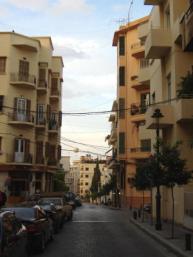