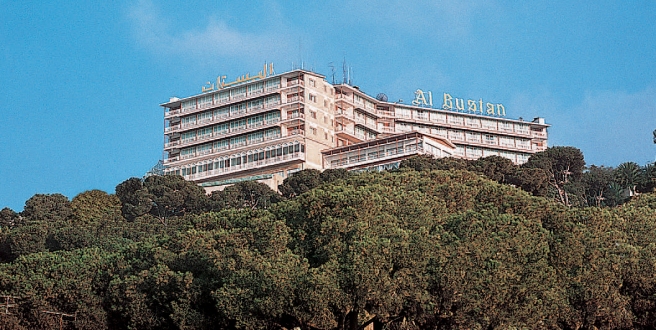 There is something about old glamour that lingers in the air of Al bustan hotel like an old whiff of Lebanon that has almost disappeared. Built on the top of Beit Mery hill, overlooking Beirut and the Mediterranean Sea, the Hotel Al Bustan has been a city landmark since opening in 1967. A favorite among discerning travellers, this luxury property combines breathtaking views a quiet location away from the bustle of the city.

The Al-Bustan Hotel is a piece of Lebanese history, one of the oldest hotels in Beirut, its construction started in 1962. It replaced a 1930 hotel called the Grand Hotel, which stood in the same location. Both Emile Bustani and his wife Laura who had special memories of the Grand Hotel, as they used to go dancing there in the thirties, during their courting days, decided to renovate the old hotel that had become derelict and unfortunately had to be pulled down. Emile Boustani, died sadly before the opening of the hotel and it was left to his widow Laura to continue the project and opened the new hotel in the autumn of 1967.

The Al-Bustan, which means ‘the garden’, was the first hotel in Lebanon and possibly the only hotel to have an Arabic name. All the fashionable hotels in Beirut at the time only had European names. It is imbued with plenty of Lebanese style, charm and authenticity to go with it. Still privately owned, and while not as modern as the central Beirut hotels, it truly mirrors the old charm and good taste of times gone by.

The hotel houses an ever-growing art collection of antiquities, sculpture, paintings, watercolors and prints, in the lounges and bedrooms. They have a beautiful outdoor pool terrace from where you can see the hotel’s beautiful sign perched on top of it, still the same from the time it was constructed and echoes a charm of old times. My favorite place is the Scottish Bar, where one can enjoy a drink and spectacular views over the city at night. Just a few minutes walk from the hotel there is an ancient archaeological site with Roman ruins, ancient thermal baths and Byzantine mosaics.

True to its family’s integrity and love of their country, it was the very first five star hotel in Lebanon to be renovated after the Lebanese war, believing in the future of this country and wanting to revive a Lebanon that we all still yearn for.

The daughter of Emile Bustani, Myrna, has instituted the International Al Bustan Festival of Music and the Arts, which takes place annually, since 1994; mainly in the hotel in the hotel’s own Auditorium, during the months of February and March. The Festival is a non-profit organization and a member of the European Festival Association. It is a time of year where classical music, and the love of art and cultures invigorates this beautiful hotel.

The Hotel Al Bustan is a little piece of Beirut’s history that has been kept to the image of its old opulence reminding us all that once upon a time on a hill not far from Beirut, people dined and danced to a rhythm of sophistication and beauty. Through the hallways, rooms, entrance, and lobby, this hotel attests that it was once build with love, in the name of love, for love of country, and the most beautiful part of it all, it still remains untouched for us to savor the beauty of its old days. 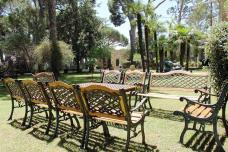 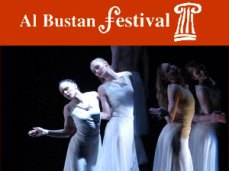