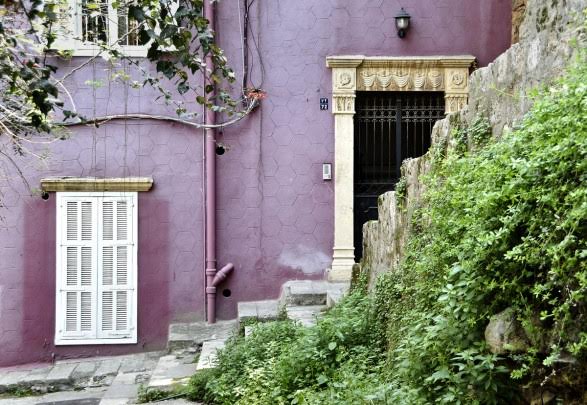 If you look into the sky above Gemmayze amongst its old buildings, you might be able to catch time fly by. The sands of the hourglass slowly decay away. The future longed for hangs in the air murmuring through its little alleys of a golden age that once was.

Derelict, decrepit, beautiful in its old decaying ottoman buildings, it is a relic from a different age. It Represents a time long past. Graffiti covers a lot of its walls. These old houses, now frail and haunted were once lush, with hope and excitement. Now they’re washed away by time, but not forgotten by their residents.

Time bested this place, crowded and still at the same time. Haunted by memories, littered with broken dreams, and scattered promises, these old houses of Gemmayze crumbling down are architectural treasures that are fighting to survive.

While it seems like all of Beirut is either being built up or torn down, a stroll through Gemmayze in and around Gouraud Street offers a dreamy look at what once was. The area is almost entirely made of Ottoman-era buildings, and has somehow managed to survive both the civil war and is currently trying to survive Beirut’s building boom.

Gemmayze, which literally means sycamore tree, probably earned its name due to some sycamore trees that were once around. Their dense, green foliage is perfect for adding shade or leafy lushness to a backyard or garden. Sycamore trees are one of the oldest species of trees on Earth, and are known for their longevity and hardiness, unfortunately only a handful remain in Gemmayze today. In the 1950s, Gemmayze was more like a village. Some of the orphaned historic buildings with their abandoned backyards and the quaint street signs are living proof.

The Gemmayze area is one of the few neighborhoods in Beirut where the architectural history of the city is still preserved en masse, and its residents, with the help of some architects, are trying to keep it that way however difficult it is at times.

Rue Gouraud, which is the main vein of Gemmayze, is a mixed residential and commercial street. It is named after French General Henry Gouraud. The neighborhood is Beirut’s bohemian quarter, full of narrow streets and historic buildings from the French era. The neighborhood has been undergoing gentrification since the end of the civil war, and is well known today for its trendy bars and pubs, cafes, restaurants and lounges, most of which are directly located on Rue Gouraud. Its colorful and chic cafés amid 1950’s apartment buildings and hole-in-the-wall shops reside side by side with its old generation residents that seem altogether forgotten by time.

Adjacent to Rue Gouraud are the Saint Nicolas Stairs, also known as Daraj el Fan (the art stairs). These beautiful long stairs that are adorned on each side by beautiful old buildings lead to Sursock Street. One great thing about Gemmayze is no matter how many years you’ve lived there; there are always new places and alleyways to discover, a new angle to spot something you’ve missed.

There is a certain cache to the whole area that is infused amongst its colorful old decaying or renovated buildings, its small alleyways that hide little forgotten backyards with lemon and orange trees somehow withstanding the loneliness of time. The old men and women that stand on their balconies gazing at the hustle and bustle of life go by under their feet while the pigeons take to the air above them. These beautifully preserved although decaying images are the fabric of this modern city that is struggling to keep its identity alive while moving into the future. 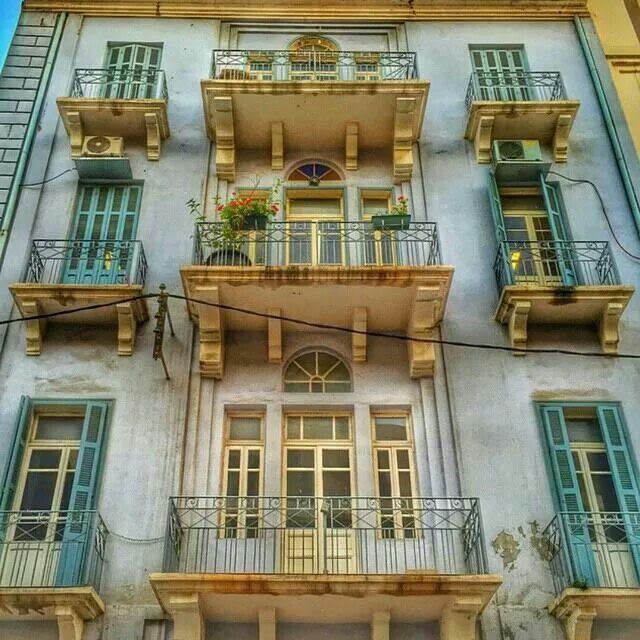 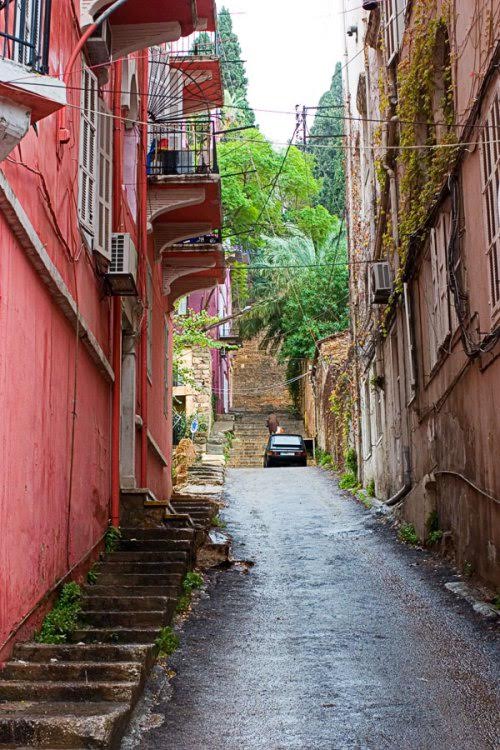