Pulsating bodies caught in the eyes of a beat pounded literally to death. Half alive, half dead, in this granite slate, the music pumps and flows through our veins like blood. Our ears throb with the beat. The energy hangs in the air…

B 018 is a hypogeal nightclub in the semi-industrial, Carantina neighborhood of Beirut. Its architecture and history make it one of the most unique nightclubs in the world.

Back in the 1980s while Lebanon was still amidst war, Naji Gebran started organizing parties, under the name Musical Therapy, at his chalet. Parties were later code-named B 018 due to the chalet’s location or to the security access code number of the chalet. The parties became so popular and overcrowded that in 1993, Naji moved them to a warehouse in an industrial area of Sin El Fil. The club was then officially Christened B 018.

In 1998, Bernard Khoury was hired to build a new home for B 018 at the Quarantaine, the neighborhood that witnessed some of the most horrific atrocities during the war. The plot of land that housed 20,000 Palestinian, Kurdish and South Lebanese refugees in 1976, most of whom perished in massacres by the Phalangist Militia that same year, was later wiped out completely. The slums were demolished along with the kilometer long bordering wall that isolated the zone from the city. Forty years later, the scars of war are still perceptible through the disparity between the scarce urban fabric of the area and the densely populated neighborhoods located across the highway that borders the zone.

Part art and part architecture, today this semi-subterranean dance club mocks the harsh reminders of war as an oasis of pleasure and one of the best electronic dance clubs in the Middle East. Visitors arrive to a Star Wars style façade, resembling a helicopter-landing pad, at least until you walk down the stairway chamber shaped like a coffin with a feel of an old bunker.

In his design, Khoury wanted to arouse bottled-up remembrances of the war that was expressed in the club itself, which was sunk in the ground like a communal grave. The design of B 018 has been labeled as “war architecture”. The design included an incredible retractable roof, which exposes the club to the world above, giving a nighttime view of the stars and city lights to the patrons dancing below. Its closing translates a voluntary disappearance, a gesture of recess. Concrete and tarmac rings encircle the building. The automobiles’ circular travel around the club and the concentric parking spots frame the building in a carousel formation.

It has been voted several times by Wallpaper Magazine as one of the best clubs in the world. Its conception might seem in seriously poor taste, but it’s how this city chooses to accommodate its own history, and humor however dark is often the best survival mechanism.

The nocturnal survivalists dance in this open-air grave. I wonder if the dead are totally free now. Darkness consumes the night, filling the skies with the pounding sounds of the drumbeat. On stage the dancers sway to the rhythm and dance with the dead, breathing life into the obscurity that blinks in the sudden brightness.

Shedding the darkness, they leave it behind holding hand and living in the light. I catch a glimpse of people’s eyes glazed and bloodshot and dead. I realize that’s exactly what they all are, bodies dancing with dead bodies, with nothing left except the music to fill the mindlessness, mindfulness being. 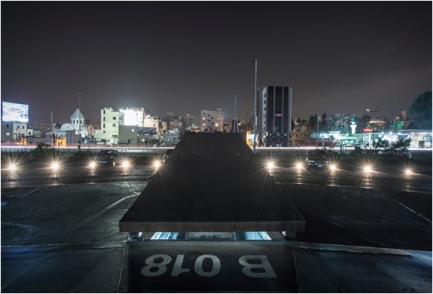 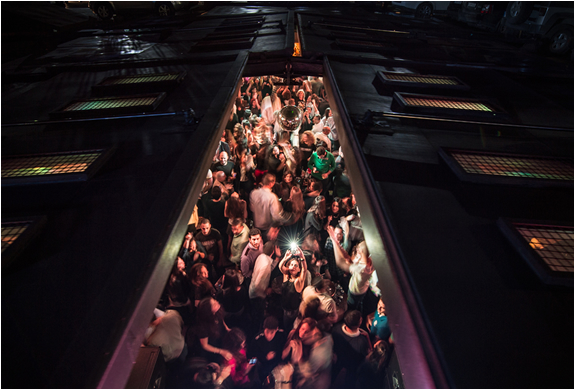