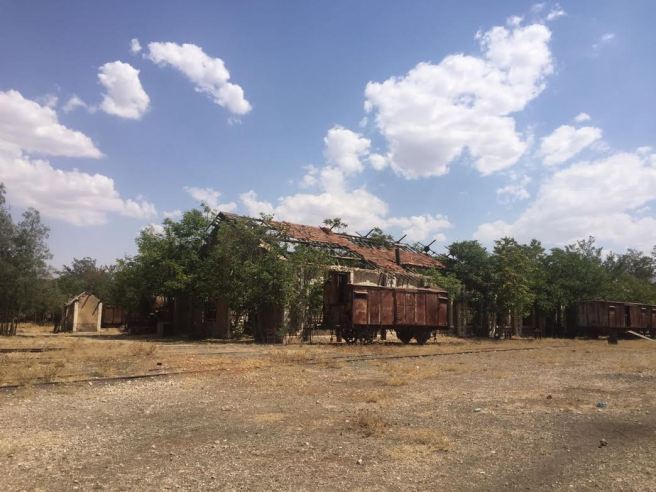 They sit at the station, with nowhere to go, empty rusting trains asking themselves when will they reach their destiny.

This abandoned eerie, and strangely peaceful space seems unable to grasp all the lost time. An empty lot of trash and cracked concrete, where weeds take root with hopes of becoming trees. Worn wind chimes still glisten in sun. This place left unoccupied for so much time. Small lives make home in the walls, while this train station settles further beneath dirt. This place reminds me of our forgetfulness, our need to not rebuild. As a place turns old we leave it behind, never to fix again, never to feel loved again. Sandy-colored Ottoman-era buildings, built in a classically boxy style cry tears of yellow paint as their trains lie motionless, speechless. I know it isn’t empty, though no train stops there any more. I can hear the spirits rustle as they pass on through the open door.

Riyak in 1891 became the beating heart of the Bekaa Valley when its sprawling railway station and train factory opened, making it a crucial spoke in the Ottoman network linking Beirut with Damascus, Aleppo and Homs. It was the first railway to be built in Lebanon. Connecting Beirut to Damascus, the route flourished for close to a century before it had to be shut down due to the Lebanese civil war in 1976. Throughout its operational course, the Riyak train station served multiple purposes, including designing and building airplanes for the French military in conjunction with the still present nearby Riyak airbase.

(Following text taken from the Daily Star)“The station’s relentless traffic and the state-of-the-art factory propelled the area into the Industrial Revolution, and by 1900 Riyak’s population rose from less than 100 people to some 3,000. Over the coming decades the Ottomans, Germans, French and Syrians would take advantage of Riyak’s thriving industry and trade, and each has left their mark on the station town.

And in the factory, rare, hulking machines from Switzerland, Germany, France, Poland and Czechoslovakia lie exposed to the elements as trees pierce the terracotta-tiled roof above. Here opportunities for work were so great that the demand for workers outstripped the local population, so people would come from Mount Lebanon, Palestine and Syria to man these machines.

Some of the 20th century’s most powerful figures passed through Riyak. Wilhelm II, during his famous 1898 trip to Baalbek, remarked that Riyak was the capital of railways in the Middle East.

Even the scourge of the Ottoman rail network, British agent T.E. Lawrence, of Arabia, was captured close by. The people of Riyak helped the slippery colonel escape, but held back from assisting him bomb the railways because the network held personal significance for them.

As Lebanon’s Civil War took off the rail system ground to a halt, and Riyak’s platforms have been without passengers since 1976. From then the Syrian army quickly turned the area into a military base, which they held until 2006, a dark period for the town’s residents, according to Maalouf.

The people of Riyak didn’t dare to look toward the train station, because they were afraid to be considered spying on the Syrians, and so the once-central aspect of the town fell out of public consciousness.

Today Riyak holds 21 antique trains, many of which are very important and no longer exist anywhere in the world. Lebanon boasts 10 German G8 steam trains that are over a century old – six are in Riyak with four more in Tripoli. Out of the 5,000 built between 1902 and 1918 only four more examples of these can be found, spread between Italy, Germany, Poland and Turkey. Moreover, Riyak is privileged to hold one of two remaining examples of a historical Swiss locomotive. The other lies in Beirut’s Mar Mikhael train station.” (from the Daily Star)

Today is an empty moment between tomorrows, and so silence reigns in this forgotten land where power, steam and noise once filled the air, now an eerie quietness overshadows the place. Will we ever rebuild our railway stations? Will these trains become a beacon of hope for a developed future? They lie quietly waiting, waiting for recognition, for hope, for humanity to lay its hand on them once again.

To my Lebanon and all the amazing opportunities it has to reconstruct itself. 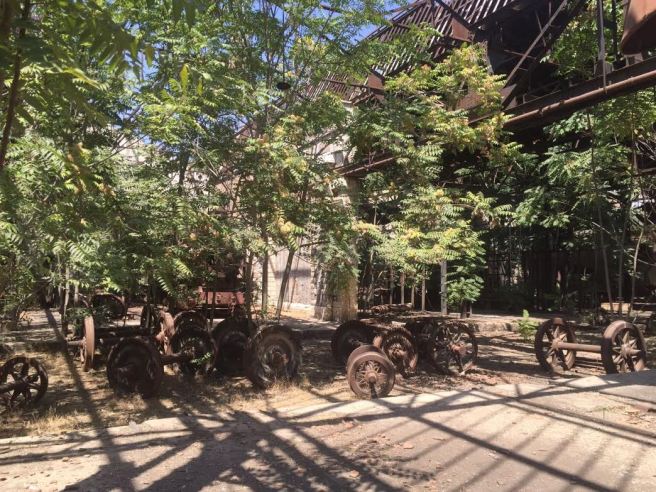 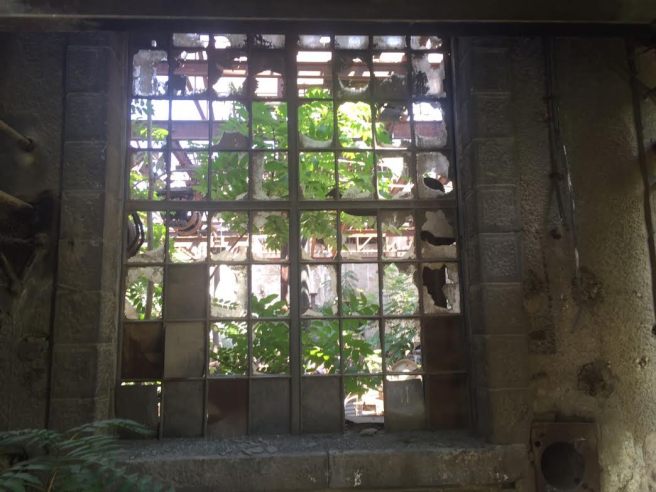 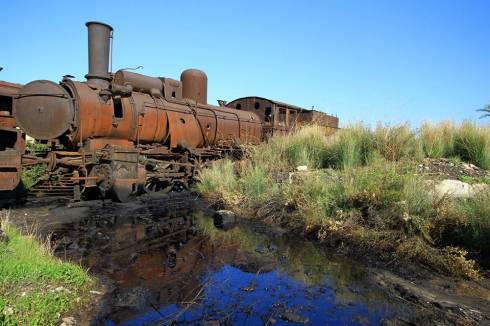 3 thoughts on “The Lost Times”