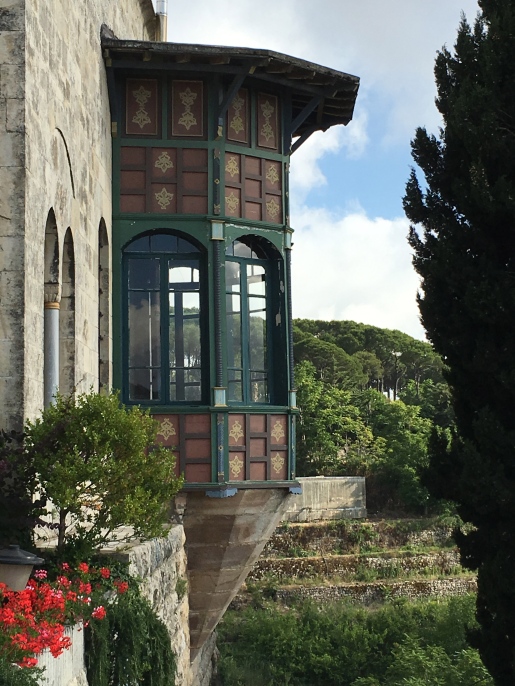 Long stretch of road with loops and endless curves with sturdy old woody trees lined along the sides afford graceful swaying of the boughs and rides. Under a canopy of woodland trees in threads, our eyes readily tread on the path ahead, scenic as in covers of children’s storybooks. The Skies above clear and bright with wisps of cottony clouds congruent with the sun that illuminates the path to the Shouf in every bend.

It truly is one of the best roads to travel in Lebanon, the last remaining virgin stretch of land with no billboard signs. It seems somehow that urbanization has not laid its hands on it. With the kids settled in the car and our playlist playing softly in the background, we passed by Deir el Qamar, a kind of gateway to the Shouf with its beautiful architecture and open plan center (see previous post). The Shouf boasts the biggest Cedars forest in Lebanon, historical palaces built by the Emirs of Lebanon, most notably the magnificent Beiteddine palace, as well as beautiful old Lebanese houses, monasteries and attractions.

Our destination for the weekend was the beautiful Mir Amin palace hotel. The Mir Amin palace is drenched in history and beauty alike, perched on a hill overlooking Beittedine. Standing on its terrace, looking at the many scenic villages that surround it (more then 20 in total) it feels like the world has suddenly halted at your feet and the sky is at your hands reach.

Mir Amin Palace is Lebanon’s best example of early 19th century Lebanese architecture. It was built by Emir Bechir El Chehab II also known as Emir Bashir the Great (1767-1850) for his son the Prince Amin after he built Beittedine.

The delightful architecture and greenery of Mir Amin Palace is a miniature copy of Beitedine Palace. Emir Bashir the Great had built a Palace for each of his three sons, Qassim, Khalil and Amin. The Mir Amin is the only one to have survived to this date.

The Palace of Emir Amin repaired and transformed into a luxury hotel, used to be called Al-Maqsaf, dominates his father palace, the Beiteddine Palace and the historical city of Deir el Qamar, the City of the Emirs.

The decoration’s components of the Palace were borrowed from the local tradition as Prince Bechir had called Syrian craftsmen to complete it. Therefore the ceilings and the paneling are of traditional Damascene inspiration. It was built by the same builders of Beittedine and therefore had the same style and even the same details.

This Ottoman-era building’s sprawling terrace with a beautiful carpet design tiled swimming pool, exudes history, drama and a strong dose of romance. Echoes from Syria resonate here in more ways than one, dating from the same period, and composed likewise of its three courtyards. The largest public one, Dar el Baranieh, was for impressing the receiving guests, a beautiful courtyard with flowing fountains and plush landscape, overlooking the mountains and villages, with an imposing doorway that leads to the middle private one, my personal favorite, Dar Al-Salamlek, (from el salam alekoum or peace be upon you, an Arabic greeting said upon receiving someone). Dar al slalamlek is where the private room of the emir lies facing a beautiful fountain with mighty lion heads gushing water. It was built for the men with a majliss, a seating area built for receiving guests and discussions.

The palace is build with many doorways and hallways purposely for security reasons in order to be able to halt any attack on the prince and thus for his protection. The last courtyard, only accessed through the salamlek, was built for the women, dar Al-Haramlek, with a beautiful water fountain and an amazing view of the mountains.

Some meters away from the Mir Amin Palace, the summer residence of the Maronite Archbishop of Saida, which was Emir Bechir’s country house stands proud. Some of its original architecture remains, including a beautiful doorway that is sheltered by a Chinese-style pagoda-shaped roof. It was built in the days of Archbishop Augustine al-Bustani in the first half of the 20th century.

As your mind savors the moment no picture can take in this wondrous splendor with strong breeze and fresh air, remember that the importance of the Mir Amin Palace lies beyond its physical existence as a building. It is a symbol of national pride for having been the residence of a Lebanese prince who symbolizes Lebanese sovereignty, which has always existed before the independence. This historical value reinforces our identity and socio-cultural belonging. The Palace stands as a monument for the people and the state of this country.

The best time to admire its splendor is when the sun sets and the horizon explodes with hews of pink, orange, and yellow. Somehow the breeze seems to settle in as a certain stillness shelters the palace, and the stars and the moon appear within hands reach. The Palace as night seems to lie still below the stars with an authentic view unchanged by time.

As you gaze at the mountains towering below it with their silhouettes against the starry midnight sky, the horizon dropping to the sea, and the palace falling into a starry dream, ponder of a time where Emirs once stood on that exact spot and proud history was created.

To my Lebanon, in hopes and dreams and a competent government… 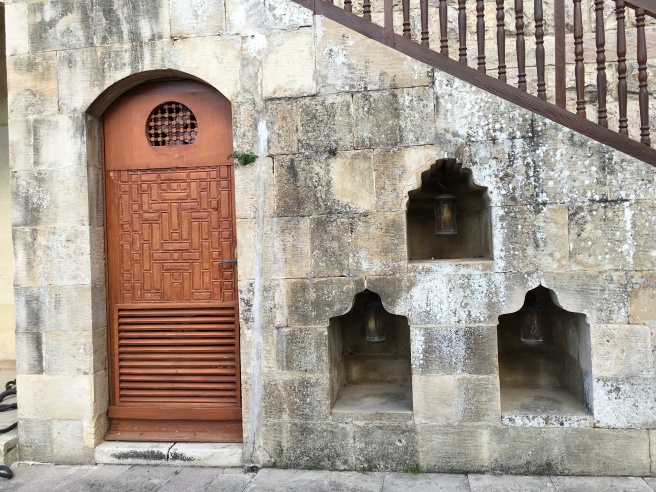 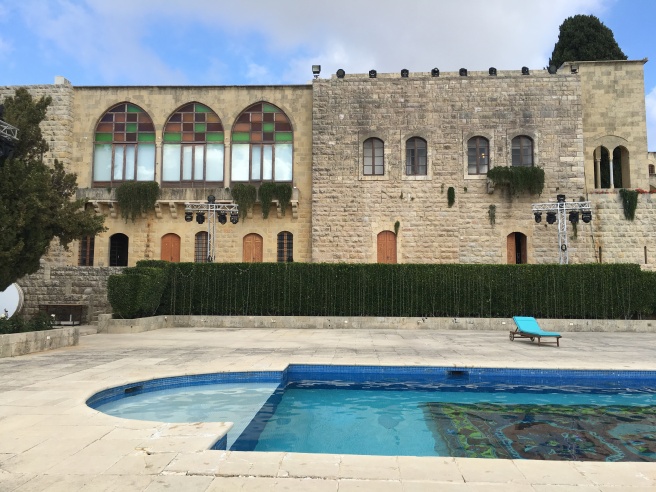 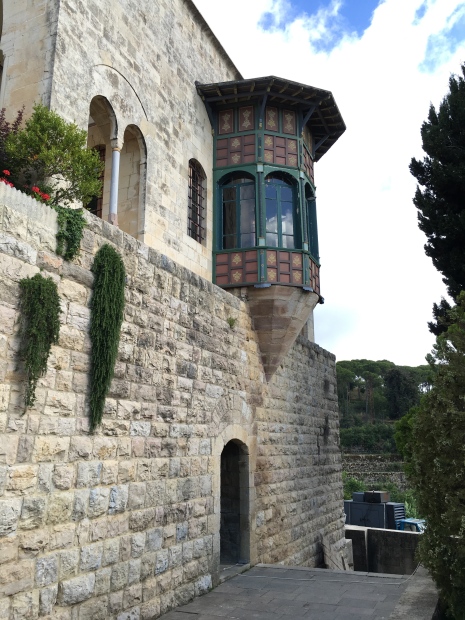 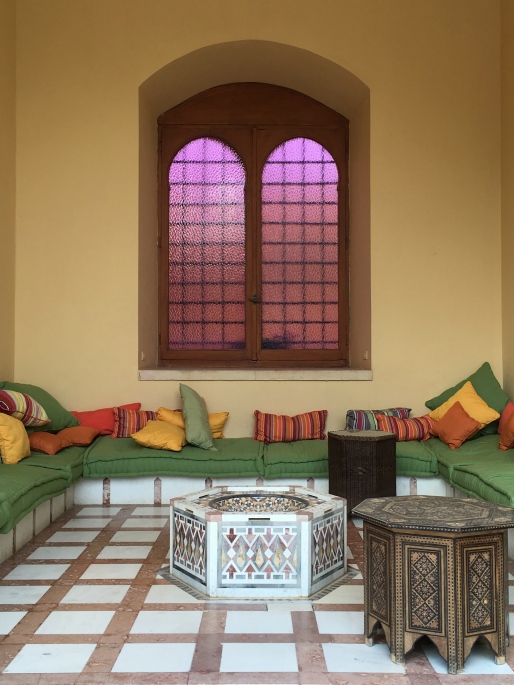 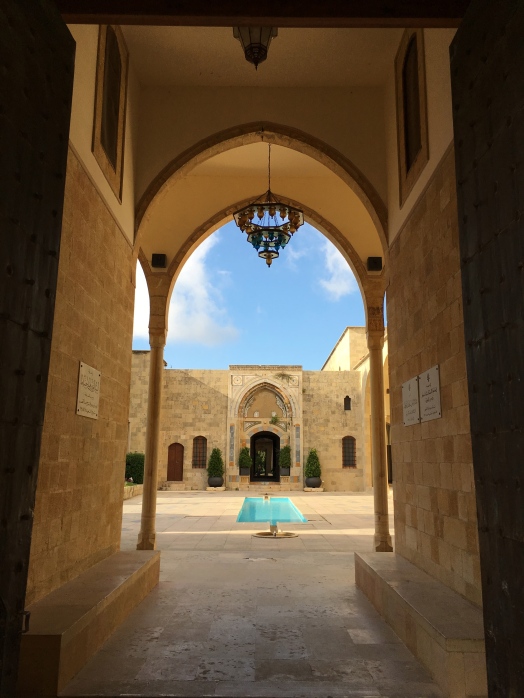 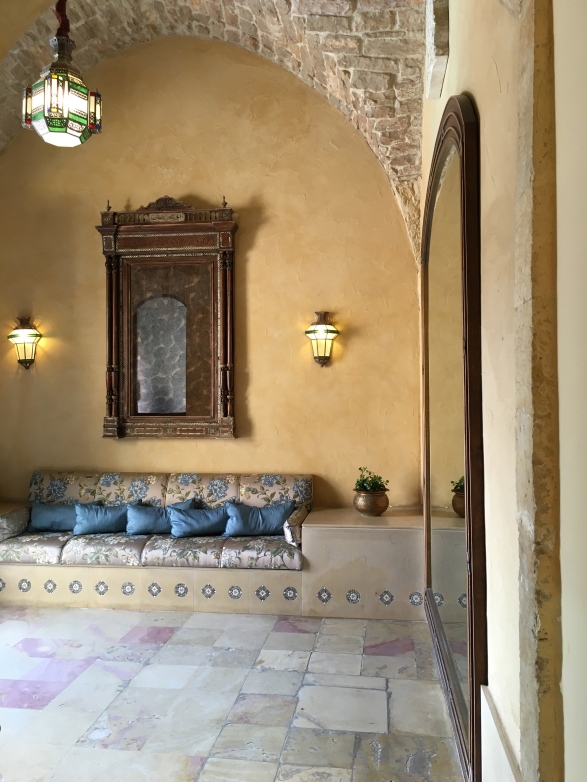 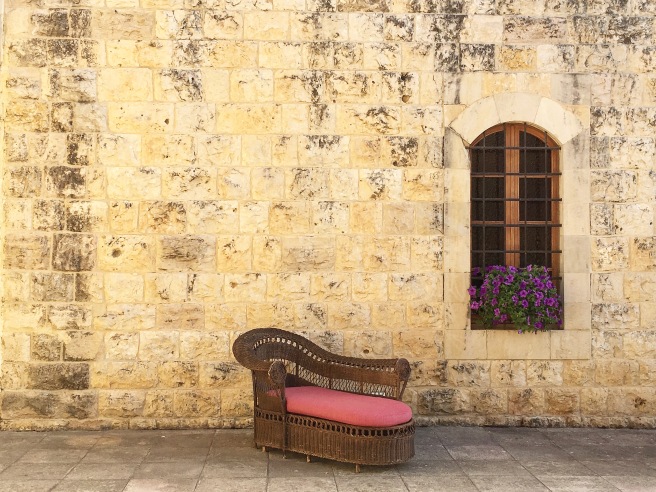 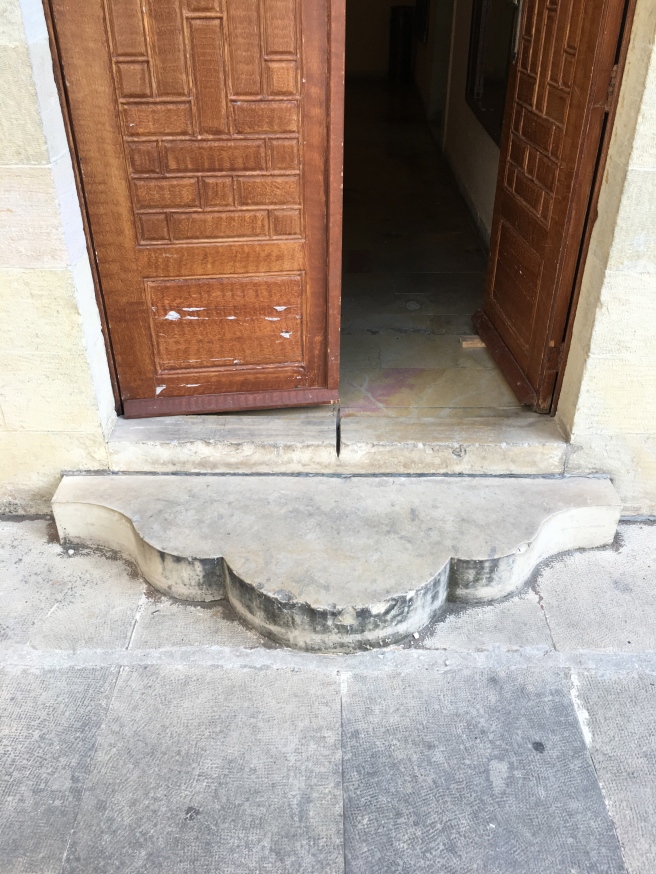 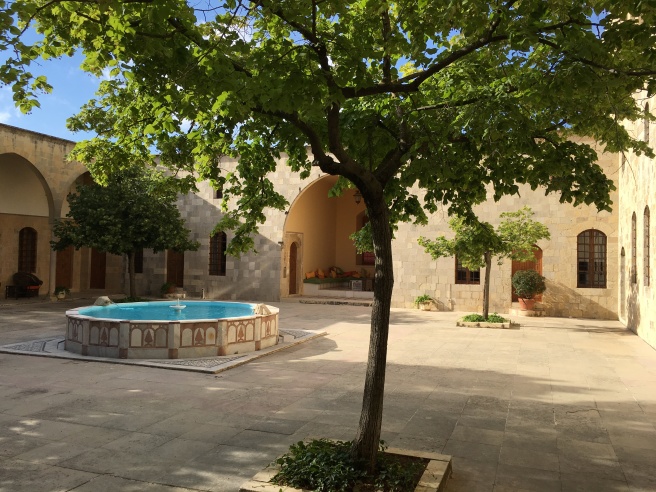 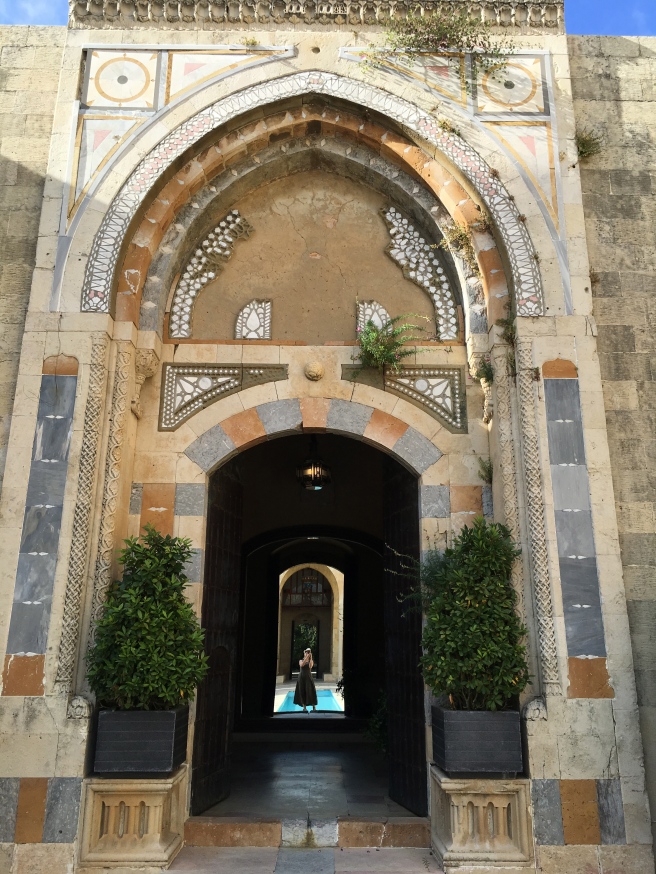 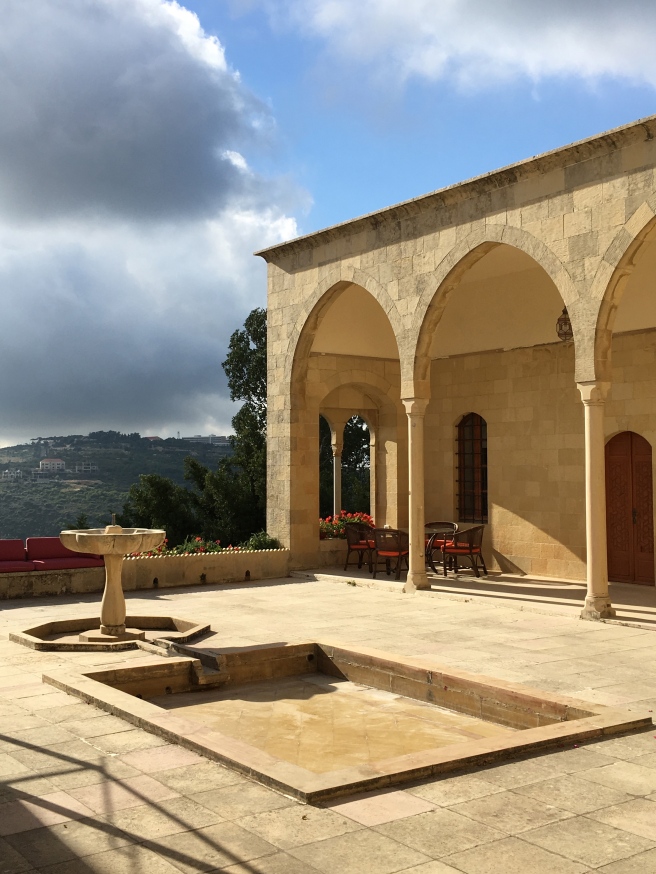 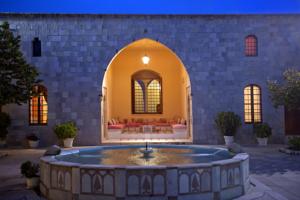 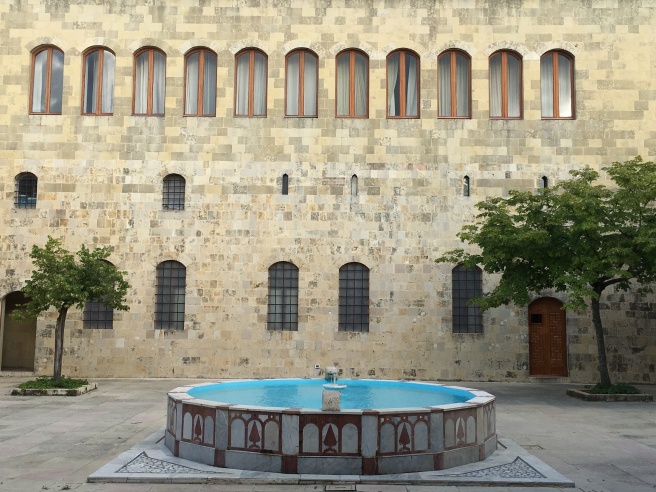 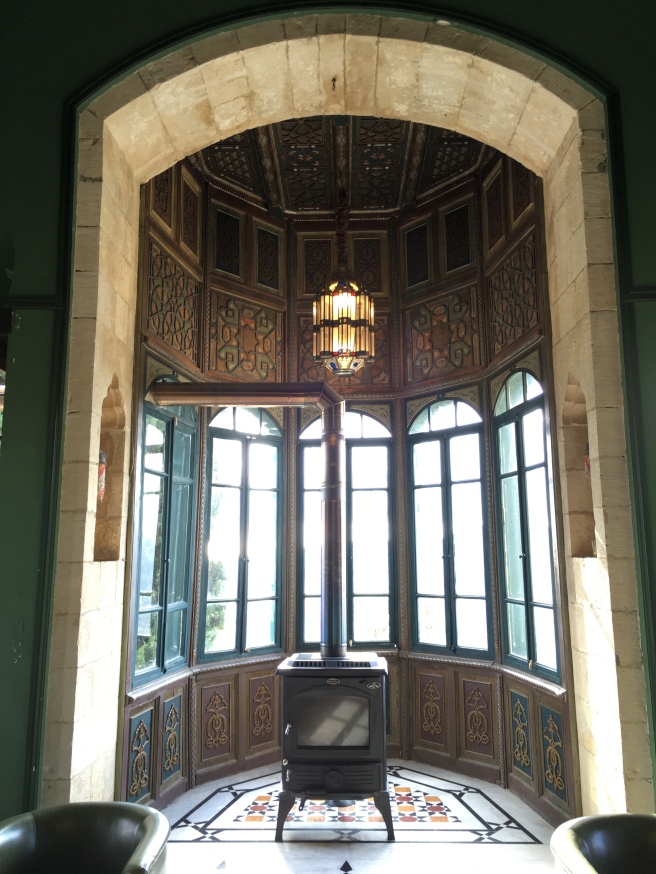 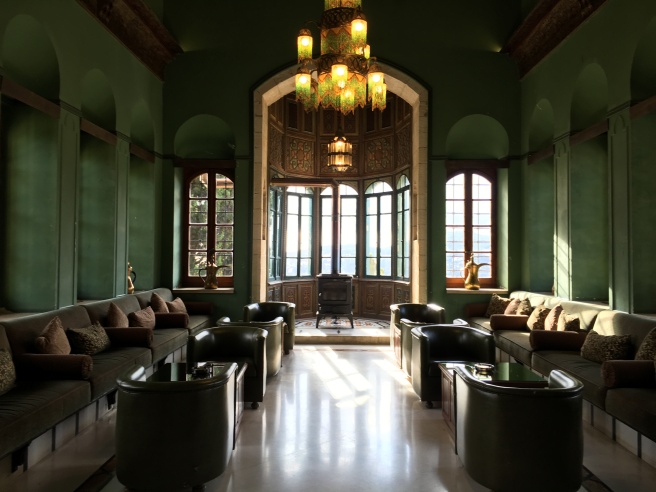 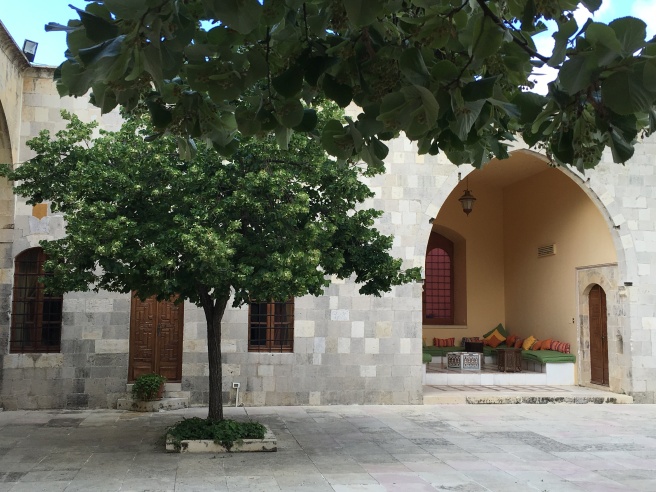 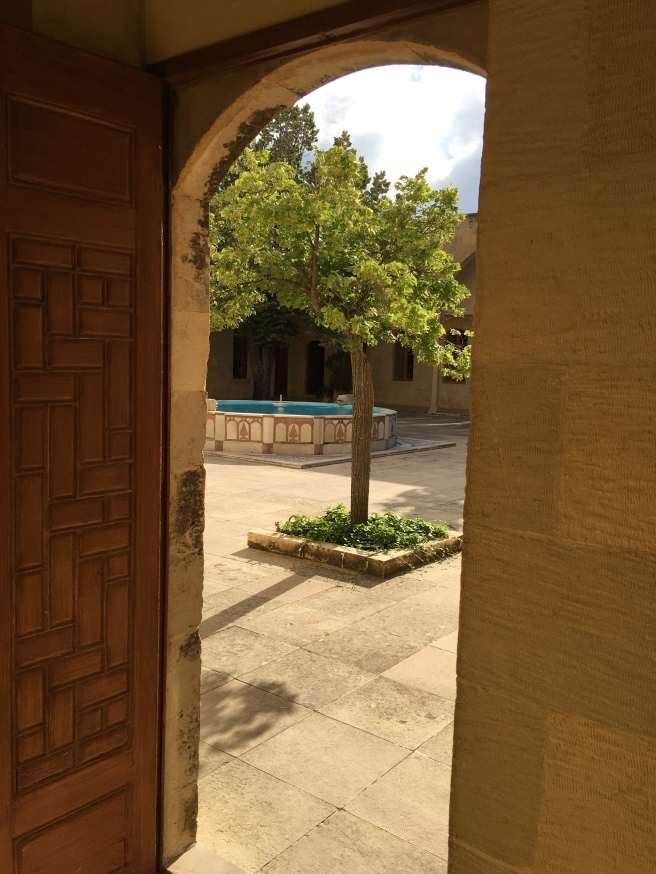