“In Khiam prison we died a hundred times every day. Torture included electric shocks, being tied naked to a whipping pole for hours under the burning sun in the summer and snow in the winter, and getting whipped and beaten continuously with metal rods, wires and nightsticks. We were caged and treated like animals. Believe me, it wasn’t so much about the pain, but the humiliation.”

“We were tied to window grills naked for days in painful positions, freezing water thrown at us in the cold winter nights. We were whipped, beaten, kicked in the head and the jaw, burned, electrocuted, had ear-shattering whistling in our ears, and deprived of food and sleep …it was hard, very hard.

I endured the pain. With time, I became numb. I survived it all without saying a word. I was winning, I thought.

One morning, they dragged me into the interrogation room. “You didn’t tell me your sister was this beautiful,” one of the SLA officers said. My whole world came crashing down. “Wait until you see his mother,” said another. Handcuffed, I threw myself on him from across the table. It costed me 14 hours in the “chicken cage,” a 90-cubic-centimeter enclosure used for extra-severe punishment.

“I remember opening the front gate that afternoon and seeing my mother waiting, weeping and trembling on the doorstep. “They took away your sister and your sister-in-law along with Hadi (her five-month-old baby.) My daughter, my grandson!” she cried. I put on my clothes and waited for the SLA on the front porch. My sister was 20-years-old at the time and I was 26. My mother begged me to run away, but I didn’t. My mother collapsed on the ground next to the SLA vehicle.

Blindfolded I was shoved into the interrogation room. Boiling water was thrown on my face, and my fingers and ears were electrocuted. I didn’t say a word. This went on for a month. Fourteen years later, I made peace with the past. My three years in Khiam were tough, but now I feel blessed. I really do.”

It lies in ruins where no bird flies save lonely lark. Amongst the shadows, where coldness spreads, stand columns of sunlight. The air hangs still and although all souls released, still the sky hangs heavily above this dreary place. Whispering wind tells of a life of terror and tormented hell, of torrid groans and sleepless souls. Prison is a hell, which breaks the spirits of men.

My first visit to the Khiam detention came a couple of days after the Israeli forces withdrew from the South. Khiam is the village where I am from. As we drove in a convoy of cars, I remember the words of my father as he choked saying, “how can there be so much cruelty in this land of beauty?”

On the morning of May 22, 2000, the Israeli army began to pull out of southern Lebanon, signaling the end of a military occupation that had lasted for more than two decades. Within three days, the Israeli army was forced to retreat from almost all Lebanese land. The following day, over 3,000 villagers stormed the infamous torture prison of Khiam. Using axes and crowbars, they broke the locks of the putrid cells and dragged the incredulous prisoners out into the light. Many of Khiam’s guards and interrogators fled across the border among the 6000 members of the South Lebanese Army (SLA) and their families who took refuge in Israel.

Overlooking the village of Khiam, The Khiam Detention Center was built as a French barrack complex in the 1930s. It became a base for the Lebanese army before falling under the control of the SLA. Set up by the Israelis in 1985, it was considered to be one of the most ruthless detention and interrogation centers in the Middle East. The Israeli Forces were directly in charge of it until 1987, when they handed control over to their allies, the SLA, while still pulling the strings. They provided the training for the torturers and lead the torture sessions. They paid the salaries and provided all the equipment.

Lebanese and Palestinian detainees were held in Khiam without trial. Most of them were brutally tortured, some of them died. The prison included 67 cells and more than 20 solitary confinement cells.

According to the Lebanese Association for Prisoners & Liberators (LAPL), the prison held more than 5,000 prisoners in degrading and inhumane conditions for years on end, with some detained without trial for over 15 years. Women and children were no exception. More than 500 women were once held in Khiam. The youngest prisoner was said to be 12-year-old Rabi‘ Shahrour, who was detained for eight months.

Many prisoners died as a result of brutal torture within the prison walls. Pressure from the International Committee of the Red Cross to visit the Khiam center forced the SLA to improve detainment conditions. However, it took a year before they allowed the ICRC to inspect the prison in January 1995.

Between 1987 and 1995 prisoners in Khiam were not allowed access to their families. They were denied the right of prompt judicial review of the lawfulness of their detention.

There are cells whose only light comes through ventilation holes in the ceiling, isolation cells, interrogation rooms and communal cells. The prison was also equipped with a row of punishment cells so small that it was only possible to sit in them but not lie down. Prisoners would be left in these for up to ten days at a time. For the first period of detention, for between 10 days and two months, prisoners were usually held in solitary confinement in a cell 90cm by 90cm in which it was impossible to stand or lie, and to sleep detainees had to sit with their feet on the wall. Detainees were given inadequate food rations and beaten when they prayed until a riot in 1989, during which two prisoners, Bilal al-Salman and Ibrahim Abu ‘Azz, were killed. The torture methods, repeated three times a day, reportedly included electric shocks; suspension from poles, usually with only the toes touching the ground; beating, sometimes after the body is doused in water; and threats of rape of wives and female relatives.

Among the prisoners were Lebanese journalist Cosette Ibrahim, kidnapped while reporting in southern Lebanon. Some of the detainees were children, like 15-year-old Ali Tawbeh, who with his parents was dragged from his home by the Israeli occupation forces in 1997. Other hostages, like Abdeh Malkani, were over seventy years old. Hussein Awada, 65 years old, had been detained since June 1999. He had serious heart problems and could only move with the help of a stick.

Soon after its release, the detention center became an informal tourist attraction. A volunteer committee of former detainees, supported by Hezbollah, maintained and controlled the site with the aim to inform visitors about its role during the Israeli occupation and narrate the experiences of the detainees.

On July 22, 2006, Israeli aircraft bombed the prison with explosives weighing over a quarter of a ton, killing four UN observers and turning the walls that once stood witness to the Israeli crimes into a pile of stones. Yet beyond the ruined and partially standing prison buildings, memories remain.

Trapped among these treacherous walls, the stillness of time that hovers above the khiam prison whispers of stories lost forever in the depths of despair. Longing to gasp and breathe new air, they awaited when no hope seemed to exist. Desperate for home, the simplicity of it all seemed crazy. Simple four walls build to imprison, to destroy, and to crush the human spirit.

When we remember alone in the dark, think of this place and the lonely lark. Think of those who died and survived. Think of longing for home and remember this land is ours.

To my South and all its wretched stories… 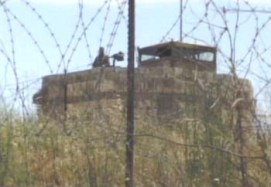 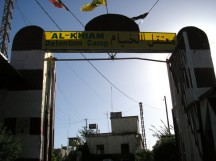 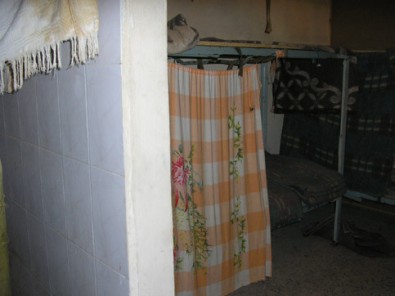 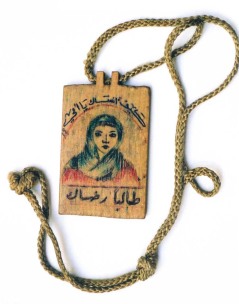 5 thoughts on “In Times of Horror”