Houses piled up one on top of the other,

Whatever she does complements her

Each one on his own window

And life is ahead of us with its flowers and thorns

She has seen a lot

Sweet days and sour ones

Our stories hanging on clothesline, forgotten,

She stands in the early morning light

And puts kohol in her eyes

Someone will definitely drop by to visit her

And the sea with its ebbs and tides

And no matter how old she gets

Only he is affectionate towards her

Tania Saleh has traveled the world with her eclectic performances, written songs for internationally renowned movie soundtracks and collaborated with a number of Lebanese and international musicians. In her songs, she has mirrored the reality of our troubled society, our various emotional states and our aspirations as a nation in a unique musical, lyrical and visual style.

Tania Saleh is a singer/songwriter/visual artist who has been paving her own path in the Arabic independent musical scene since 1990. Her voice is a soft mix between the traditional Arabic music she was raised on and the western sounds she chose to follow. Tania born in Beirut, March 11, 1969, began her musical career in her late teens when Alex Bessos, founder of the band Minus Infinitee, in search of a lead vocalist expressed his interest in her voice and invited her to audition for the job of lead singer. Her first live performance was at the West Hall at the American University of Beirut in 1986.

In 1994 she acted in Ziad Rahbany’s play, “Bikhsous el Karameh Wil Shaab el Anid” and “Lawla Foushat el Amal” and took part in the backing vocals recording on two cult albums, “Bema Enno” and “Ila Assy” (a tribute to Assy Rahbany by Fairouz). Ziad Rahbany also played piano on two of her tracks, her first single, “Al Ozone” and “Habibi”. The album was not considered a mainstream product but Tania started an independent musical movement especially with the growth of the Internet community in the Arab world.

Saleh wrote the song lyrics for two of director Nadine Labaki’s feature films “Caramel” 2007 and “Where Do We Go Now?” 2011 composed by Khaled Mouzanar, and co-wrote the title song of Philip Araktinji’s “Heritages” 2014. She was featured as one of the main Arab artists in the PBS-produced film “Dissonance and Harmony/Arab Music Goes West.”

Her lyrics mirror the reality of the Lebanese/Arab social and political turmoil. Since her early debut in 1990, she has experimented with various musical genres, which has resulted in a fresh and original mix of Lebanese “tarab”, “mawwal” and “dabke” flavored with folk, alternative rock, bossa nova and jazz.

Her latest album-launch concert was sponsored by The Baalbeck International Festival where she wrote and performed a special song dedicated to the city of Baalbeck, which was used as an end-of-year gift on the occasion of the festival’s 60-year anniversary.

Few releases have stirred up the Arabic scene in the last years as much as Tania Saleh’s fourth solo album, “A Few Images”, the Lebanese singer’s gift to Arab women. It’s a perfect example of the global music mixture more and more typical of the 21st century. Bringing together musicians from Beirut and Oslo, it employs modern and traditional instruments, and was as much inspired by Arabic music as by Brazil’s. “Shababeek Beirut” meaning “Beirut Windows”, is one of my favorite songs on that album.

There is still a strand of love, life, and music holding us together, and we linger with her soft subtle voice as she takes us on a journey of musical reverie of dreams and musical playfulness. Through her songs she transports us into a world where we awaken to her rich voice and beautiful lyrics only to embark us on her dream of melodious joy as she serenades us into her scenic lyrical world.

To Tania for making me dream.

Please watch her videos, i love them: 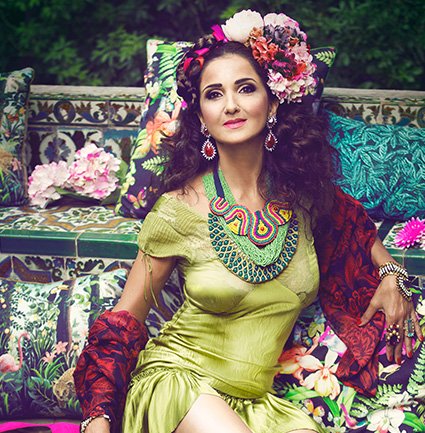