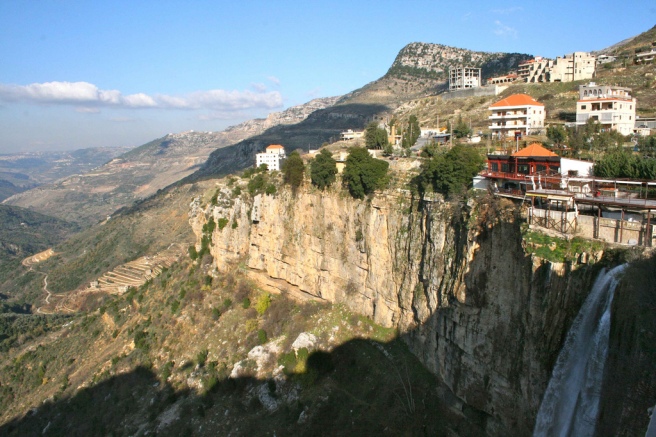 As you drive in a state of beauty, watching a world pass through your tinted windows, Jezzine unfolds in front of you. Surrounded by mountain peaks and pine forests, Jezzine, the most picturesque town in Southern Lebanon, is famed for its glorious waterfalls that cascade down from a height of 40 meters. The town rises on the Tumat Niha hills amidst lush pine forests, sweeping vineyards, and orchards, overlooking the beautiful Bkassine forest beneath it.

The name, Jezzine, derives from the Aramaic (Syriac) word, meaning “depot” or “store”. Many historians believe that Jezzine served as a storing location for traders because of its strategic location on the caravan route that connected the ancient port city of Sidon to the Chouf, the Beqaa Valley, and to Syria.

Arriving to Jezzine among winding roads, one is awed by the spectacular, ever-changing vistas of red-roofed villages nestled among greenery and gold, ochre, emerald, and white peaks surrounding it. The town’s geography draws on the beautiful high cliff, as if embracing it warmly. The whole scenic village seems displayed in a way to highlight the magnificence of the waterfall, which is the fifth highest waterfall in the world and the highest in Lebanon and the region, rising 904 meters above sea level. Walking through Jezzine one gets the feeling that it is much loved by its inhabitants who are overwhelmingly proud of their home.

From the top of the huge rocky promontory known as al Shir, a panoramic view of the surrounding localities scattered in the midst of a fertile plain and protected by mountains unfolds. The area is also home to major religious sites, most popular is the shrine of our Lady of the Waterfall with a rich agricultural diversity. The range where the mountains reach their phenomenal height of 1670 m has fondly been called “Toumet Jezzine”, and a recently planted cedar forest lies there, growing silently.

Jezzine is internationally renowned for its handcrafted knives and other cutlery, made of inlaid mosaics and bone. The unique cutlery has been presented as gifts to dignitaries all over the world as a unique memento of Lebanon.

Situated 500 m from the waterfall, the Fakhreddine grotto where Emir Fakhreddine hid in before the Ottomans captured and killed him, is well known. It was still used as a refuge for people of the region at the time of both the first and second world wars.

The majestic mountains curve gently to meet the sea, while Jezzine’s mountains offer stunning views of the town and the Mediterranean, as well as the Mount Lebanon ridge. She laps at their feet, standing in an echoing silence. The town’s open sky welcomes the world with its horizon stretching out, hidden by its rocky wall.

Once you get there, take a deep breath of fresh mountain air,  soak in the magnificent view.  Let folds of marble be nature’s chair. This town with its mountains covered in fallen clouds and an evergreen passing in blurs opens to black tar roads dotted in white. This beautiful town opens up to a beautiful blue skyline on a journey in our picturesque home. 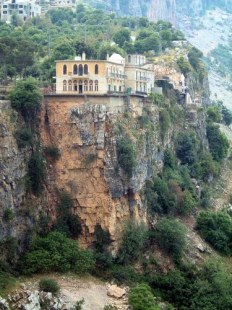 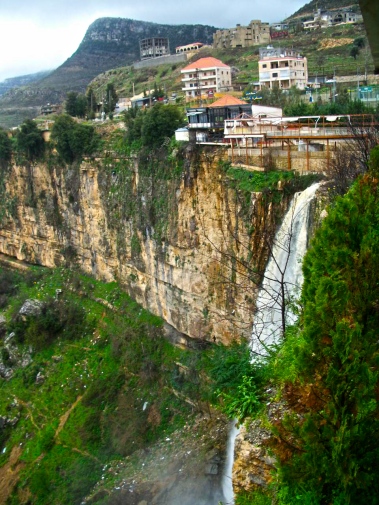 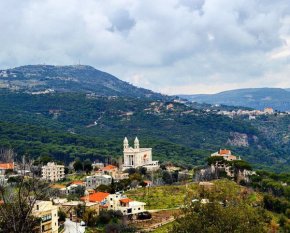 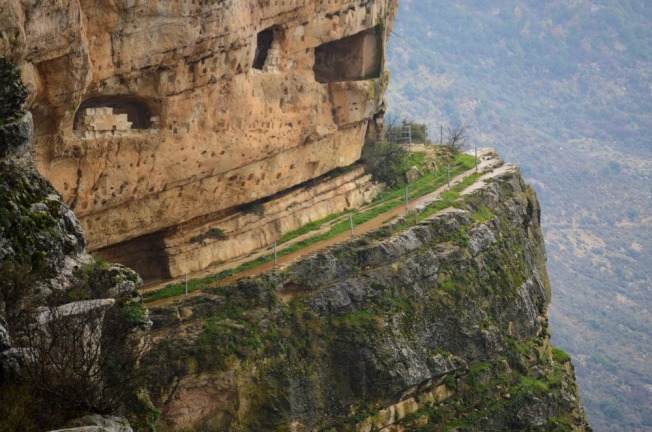